General Joseph L. Lengyel, chief of the Air Force National Guard, which supports the U.S. military and civilian government to improve internal security, became troubled on May 9th and 10th when his coronavirus test came negative and positive. ۔

Although there have been a number of cases in other countries, including the United States, in which a person's corona test has been negative and positive at the same time, this was the first case of a high-ranking official's test.

According to Reuters news agency, the chief of the National Guard had recently met with some people who showed signs of the corona, or some of them were diagnosed with corona.

After being diagnosed with corona by those who met him, General Joseph L. Lengyel tested Corona on May 9, which came back positive, but he nevertheless had it re-tested.

According to the report, the results of the second test conducted by the General on the same day were negative and in this test General Joseph L. Lengyel was declared clear from the corona.

The Chiefs of the National Guard were perplexed by the different results of two different tests conducted on the same day and did not know what to do while other senior officials also appeared to be in a dilemma.

After Corona's test turned out to be both negative and positive at the same time, General Joseph L. Lengyel has decided to have a third test and the third test between May 11 and 12 will confirm whether or not he is infected with the virus. ۔

According to Reuters, Joseph L. Lengyel and Chief of Naval Operations Admiral Mike Gulde recently met with a family, some of whom were diagnosed with corona. 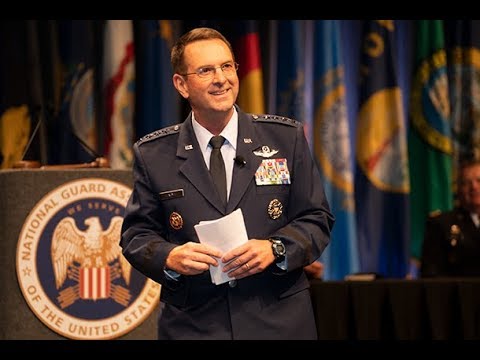 According to reports, General Joseph L. Lengyel has not yet shown corona-like symptoms and is healthy, but he will undergo the third test between May 11 and 12 to rule out the anxiety.

Using the fish oil can help protect men from infertility