ISLAMABAD: The government is planning to lay off 8,000 employees of Pakistan Steels Mills (PSM), the country's largest but closed industrial unit, through a Rs 19 billion compensation package.

A meeting of the Economic Coordination Committee (ECC) of the Cabinet chaired by Dr. Abdul Hafeez Sheikh, Advisor to the Prime Minister on Finance and Revenue, initially discussed the 'Human Resource Rationalization Plan' of Rs 18.74 billion for Pakistan Steel Mills.

In addition, the Ministry of Industries and Production proposed a grant of Rs. 18.74 billion for the payment of Rs. 8,000 compensation and retirement of 9,000 employees of Pakistan Steel Mills. 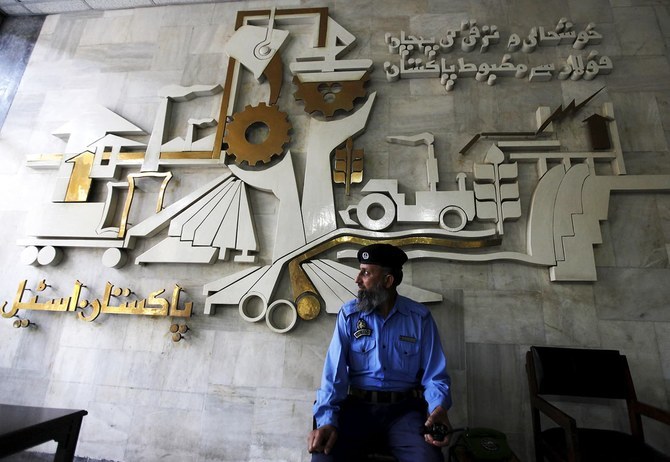 The committee discussed the proposal in detail and directed the Ministry of Industry to resubmit it after consultation with the management of Pakistan Steel Mills so that its scope could be extended to as many employees as possible.

According to a summary previously submitted to the ECC, the failure of the country's largest industry is a never-ending story of corruption, incompetence, and over-employment.

Pakistan Steel Mills had been shut down since June 2015 when its gas supply was drastically reduced due to the non-payment of bills. These bills were far less than the default of a private sector company at that time.

PSE stakeholders are demanding a 15-year audit of the performance of the steel mills from the federal government, which led to the closure and occupation of more than 2,000 acres of valuable land at the hands of the mafia.

The deficits and liabilities of Pakistan Steel Mills have exceeded Rs. 500 billion. In addition, due to the import of steel, the country has an annual deficit of  2.5 billion in terms of foreign exchange.

The government is paying Rs. 27 crores a month from the federal budget to the employees of the steel mills but no effort has been made to restore it.

About 4,000 employees who retired in 2013 have not been paid their dues, while 650 pensioners have passed away and their families are awaiting their dues.

Pak-China Investment Bank announced in 2015 that with an initial investment of  $289 million, uninterrupted power supply, and new management, Pakistan Steel Mills has the potential to become a profitable entity with its location, market, and facilities.

How to Write Urdu in MS Word, Computer and Internet

I had face problems like 'Lack of appetite, anxiety and feeling deficient'

The US and Canada funded the laboratory that possibly made Corona, Report