ISLAMABAD: The government is considering including the name of PML-N president Shahbaz Sharif in the travel ban list so that he could not escape and face fresh corruption cases against him.

Addressing a press conference after the cabinet meeting, Information and Broadcasting Minister Shibli Faraz said, "This is under consideration and Shahbaz Sharif's name should be included in the Exit Control List (ECL)."

He further said that the PML-N president had come up with a new idea in a TV talk show that new elections should be held in the country.
But he will not discuss the evidence brought to light by Special Assistant for Accountability Shehzad Akbar.

Shibli Faraz said that "Shahbaz Sharif is trying to cover up his corruption by creating controversy over new elections".

The Information Minister further said that the country was going through a difficult period but the opposition leaders were talking about new elections. "Do they have the moral courage to demand new elections?" 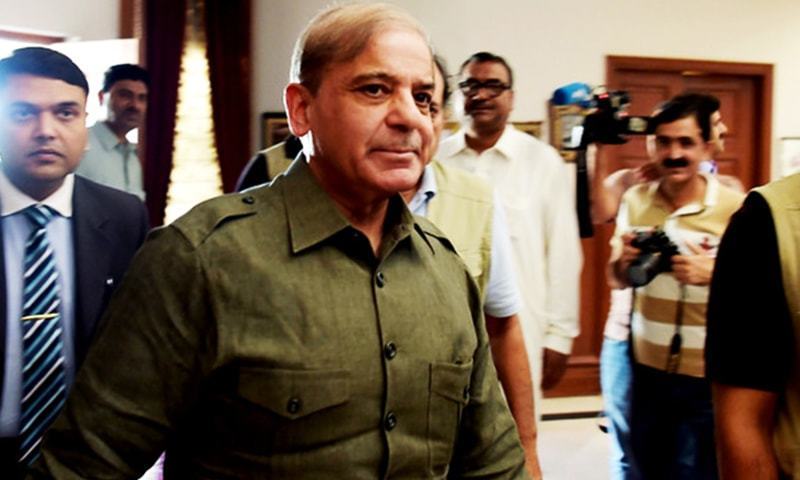 It may be recalled that in a press conference a few days ago, Shehzad Akbar had claimed to have exposed evidence of corruption against Shahbaz Sharif.
He said that the opposition leader and his family had formed 10 front companies to raise money for kickbacks and corruption.

On the other hand, reacting to Shibli Faraz's statement, PML-N Information Secretary Maryam Aurangzeb said, "Why were the names of Prime Minister Imran Khan and those involved in the Atta Sugar scandal not included in the EC?"

He said that Pakistan was in a difficult situation due to coronavirus and it was difficult for the government to find a way to get Shahbaz Sharif's name in the exit control list.

Expressing anger, Maryam Aurangzeb said that the epidemic of COVID 19 was not on the agenda of the cabinet meeting in the country but political revenge was at the top of the list.

The PML-N leader further said that instead of Shibli Sahib Shahbaz Sharif, he should think of testing the patience of the people on the failure of his government.

At the same time, Maryam Aurangzeb also said that the name of the Prime Minister should be at the top of the ECL as he is guilty of illegal foreign funding from 23 illegal banks at the risk of Pakistan's security.
PML-N Information Secretary further said that BRT is guilty of Rs 100 billion corruption.
The culprits in the helicopter case and the culprits in the Malam Jabba case should be named in the ECL. Those who plunged the country into debt of Rs 12,000 billion should be named in the ECL.

How to cook Hake?

How to Reset iPhone? - Step by step Guide

Saudi companies will not fire Pakistanis for the next three months