ISLAMABAD: Pakistan is facing the worst economic situation in the history of the country due to economic losses due to the effects of Coronavirus, which has led to a negative growth rate of 1.57% in the current financial year while the fiscal deficit has reached 9.6%.

After meeting with representatives of various lenders, Finance Adviser Dr. Abdul Hafeez Sheikh said that in the worst-case scenario, the growth rate could remain negative at 1.57% of GDP, while the poverty situation in the country is even worse. Fear of getting worse.

This is the first time the government has formally recognized it, with major lenders such as the World Bank and the International Monetary Fund estimating a negative growth rate of 1.3 to 1.5 percent.

Pakistan's economy grew by 3.3 percent during the last fiscal year and was expected to continue to do so before the outbreak.

The meeting, chaired by Dr. Abdul Hafeez Sheikh, was attended by representatives of the World Bank, Asian Development Bank, Department for International Development and the United Nations Development Program.

The meeting highlighted the various challenges facing the country on the economic front due to the impact of the global epidemic on the national and global economy and warned of easing the lockdown.

The Treasury Department said it was too early to predict the impact of COVID 19, but that if the crisis continued, exports to the manufacturing and services sectors, as well as exports, were likely to be severely affected by 2020.

On the positive side, however, Pakistan's agricultural growth is likely to continue. 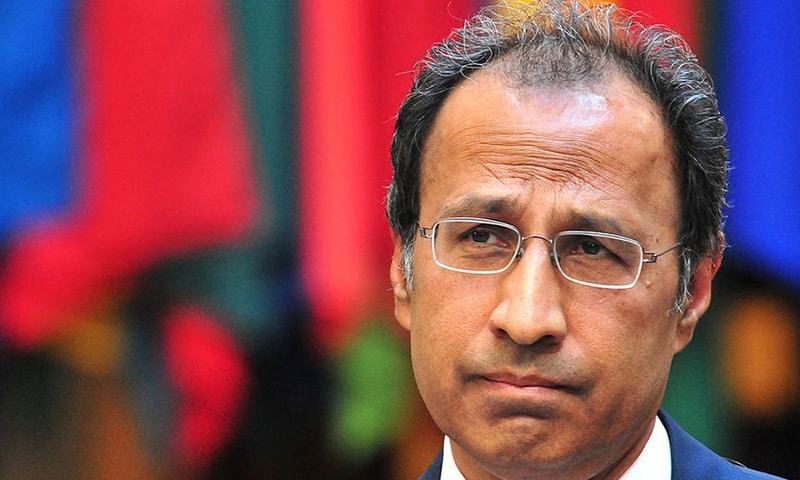 The meeting participants said that the fiscal deficit could increase to 9.6 percent of the gross domestic product (GDP) while the ban on economic activities and the closure of businesses would also have a huge impact on poverty.

At the same time, it was pointed out that the Covid 19 crisis has also hit the global economy sharply, which could shrink by 3%, as well as negative growth in 2020 and recovery from the beginning of 2021.

The meeting emphasized the need for a unified, transparent, and clear plan of action, uniting the "whole country" in support of the necessary constitutional steps to overcome this crisis.

At the same time, he emphasized on prudent spending, especially on low-impact spending and revenue generation.

Participants also warned against easing the lockdown, which could increase the rate of infection, which would place an unbearable burden on the health system, which is already struggling to provide normal health care due to the coronavirus.

The meeting suggested that the Pakistani economy needs to be restructured and run to get it out of the red.

The Asian Development Bank said it was interested in lending in local currency to small and medium-sized businesses that have been hit hard by the crisis.