Indian tennis star Sania Mirza, wife of cricketer Shoaib Malik, has revealed that in the past, Bollywood filmmaker Sajid Khan had offered her to perform on 'Item Song'. Sania Mirza and Shoaib Malik recently joined Hina Altaf and Agha Ali's talk show 'The Couple Show', where they talked openly about their love and marriage and other domestic issues.

Shoaib Malik said that immediately after meeting Sania Mirza, he had told his parents that he would marry an Indian girl, while he also told the tennis star's father that he wanted to marry his daughter. ۔ The two said that they got married shortly after their first meeting because there was nothing else in their hearts. In response to a question, Sania Mirza said that she understands Urdu completely, however, sometimes there is some problem in speaking and she has read Urdu as a subject.

According to Shoaib Malik, Sania Mirza does not have any difficulty in understanding Urdu, however, he sometimes gets upset with his wife's Hindi, because Hyderabad Hindi is a bit different. During the interview, Shoaib Malik, in response to a question, said that he wanted to make his acting debut with his friend Ashna Shah if offered. 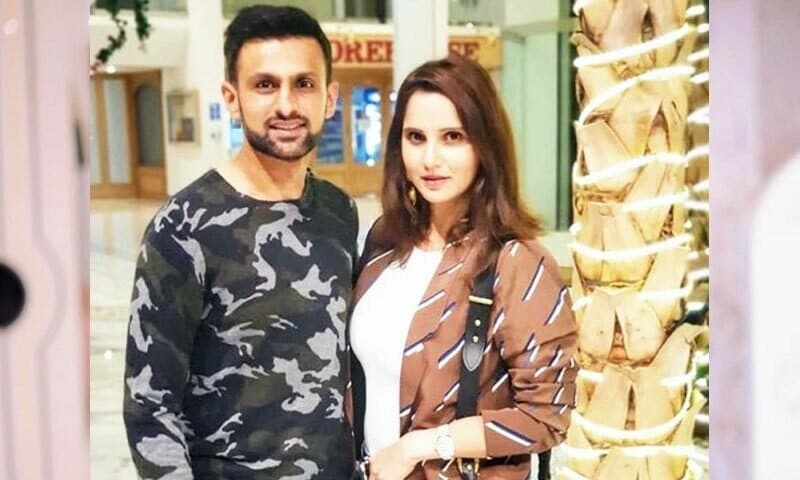 Similarly, he said that he wants to make his debut with his wife Humayun Saeed while he wants Sania Mirza to never work with Adnan Siddiqui. During the program, in response to a question, Sania Mirza revealed that in the past, Bollywood filmmaker Sajid Khan had offered her to perform in 'Item Song'. According to the tennis star, Sajid Khan is like his brothers and they offered him a song in jest and love and told him that they would dress him in 'Item Song'. Sania Mirza said that Sajid Khan told her that he would cover the whole body of the tennis star with clothes, just agree to sing the item.

It may be recalled that Shoaib Malik and Sania Mirza were married on April 12, 2010, after which they moved to Dubai. After 8 years of marriage, their first son was born on October 30, 2018. Soon both will be seen doing talk shows on 'Urdu Flex'. Recently, both of them had also introduced their perfume and make-up products. In addition, there are rumors that a film on their lives will be made in Bollywood soon, in which both will probably appear in short roles

Who Win the 'HUM Style Awards'

Related Posts
400 Year Old Tunnel Recovered Stable in Royal Fort of Lahore
Oil prices fell by 30% in the global market
The Islamabad High Court Refused request to return Pakistani pilgrims trapped in Iran
Request for the release of Mir Shakeel ur Rehman, Order to NAB to submit response
Instead of Hanging 'Rape' Accused, Their Limbs Should Be Amputated, Says Bushra Ansari
Business will be open in Sindh from Monday to Thursday from 9 am to 3 pm, Murad Ali Shah
Iran has rejected video of the shootings on protesters circulating
Supreme Court: Ministry of Defense agrees to conditional release of Inam ur Rahim