The management of the Arsenal Club, the leading football club in the British state of England, has confirmed that Mikel Arteta, 37, head football coach of the football club, has been diagnosed with the Coronavirus.

The Arsenal club canceled its training camp before the head coach was diagnosed with the Coronavirus, while football games across the UK, including the UK, were canceled.

Coronavirus has been spreading rapidly in Europe for the last three weeks and so far all countries in Europe have been infected.

Italy is the country most affected by the Coronavirus, where the number of patients has risen to 13,000 while the death toll has exceeded 1,000.

At least 5 footballers from Italy have also been affected by Corona while all sports and events have been canceled by locking down the country.

After Italy, other European countries also canceled sports, while European Football Premier League matches were also canceled, after which Arsenal clubs and other football clubs also canceled their training camps due to caution. 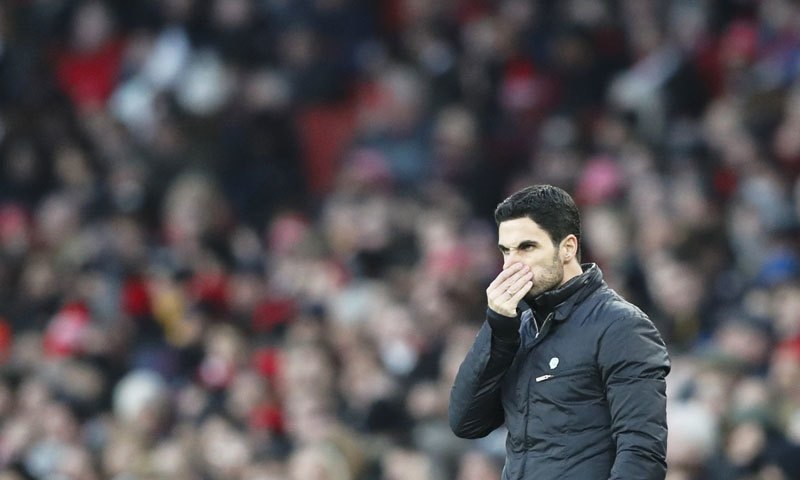 According to the British newspaper The Independent, the Arsenal club's administration confirmed that 37-year-old head coach Mikel Arteta had been diagnosed with Corona, but his condition was "better".

The club expressed concern over the diagnosis of the Coronavirus in the head coach, and the affected head coach also said in his statement that he was worried about the virus being diagnosed with it, but hoped he would recover soon.

The football club also temporarily closed its training camp office in London after the head coach was diagnosed with a virus, and all meetings and meetings were canceled due to security concerns.

It is understood that after the World Health Organization declared a global outbreak of the Coronavirus on March 11, several countries around the world have imposed travel restrictions, including travel events around the country, and other approvals, under strict security measures. Has been canceled

By the morning of March 13 worldwide, the number of Coronavirus patients had increased to more than one million 28 thousand, while the death toll had risen to 4,720.

Although the number of new Coronavirus patients is now steadily declining in China, it is surprisingly increasing in Europe and the United States.

Corona is spreading rapidly in Europe and the Americas, as well as in the Middle East

Why are Saudi women telling stories of harassment in times of outbreak?