Sweden The country of Europe, did not lock down despite the expansion of Corona

At a time where full or partial lockdowns have been implemented in more than 150 countries around the world due to the rapid spread of the Coronavirus, life is normal in a European country.

Surprisingly, Europe is currently the epicenter of the Coronavirus, and with the emergence of new cases in many European countries, there are deaths.

What is even more striking is that in a European country where life is flowing normally, more than 3,000 Corona cases have emerged and cases are increasing every growing day, but still, there Lockdown did not happen, nor did people leave because of Corona's fear.

News reports from the Associated Press (AP) reported that despite the reports of the Coronavirus being reported in the European country of Sweden, routines have been restored and not only there are plenty of shops open, but there are also grocery stores, including liquor stores. Open.

The report said that despite strict lockdowns being implemented in other countries of the world and even in neighboring countries, lockdowns have not been announced in Sweden, however, the government has directed people to take responsibility.

Sweden's government has advised people to stay home and work away from each other after leaving, while people over 70 are better off if they do not. 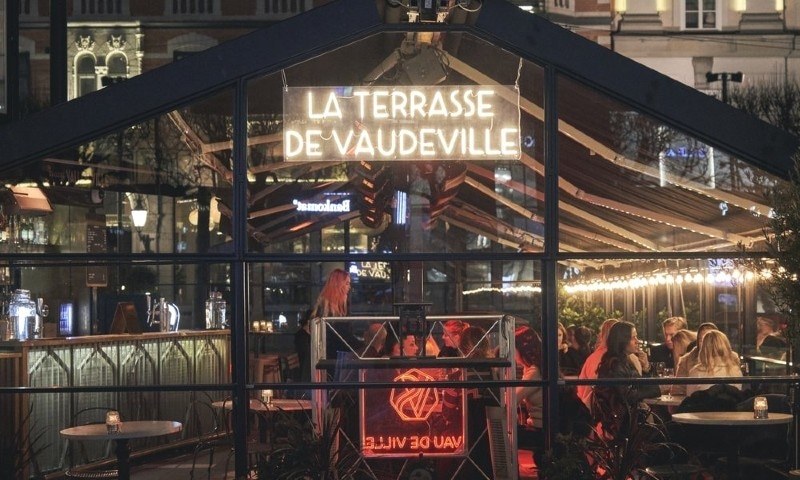 Sweden's hotels allow people to sit but are not allowed to stand there - Photo: AP
Sweden's government has allowed up to 50 people standing anywhere, but a gathering of more than 50 people is banned.

Interestingly, the Swedish government has not banned people from sitting in any hotel, gambling or nightclub, rather than standing and bashing them and still lives in hotels in many cities in Sweden. Is medicine

Although the fear of the Coronavirus has slowed the exit of Swedes, people are still coming out and walking comfortably on the streets and streets, including spending time at hotels. ۔

Sweden's capital Stockholm has a number of fast food, coffee shops, nightclubs, and grocery stores open and people are gathering as usual, but there is a rush of decline compared to normal days. 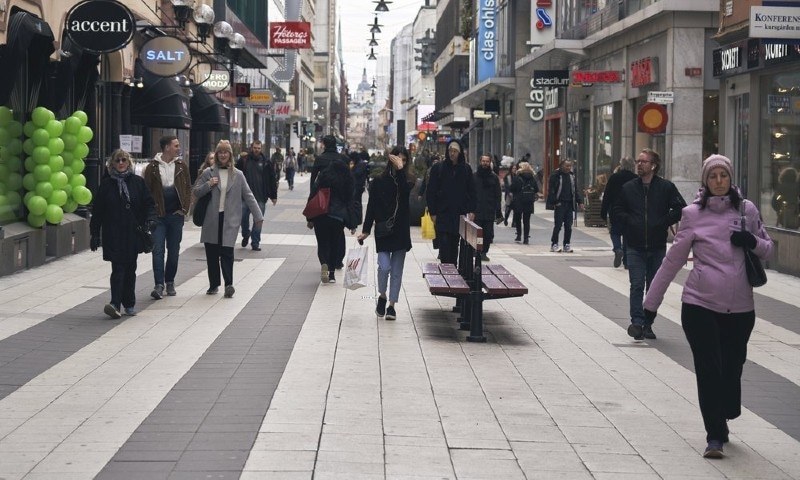 Swedes are traveling at a distance while outdoors - Photo: AP
The Stockholm Public Transport Administration has confirmed that although there is no lockdown in the country, their ride has been reduced by 50% and people are preferring to walk and stay away from each other.

Swedes, on the other hand, also expressed their happiness over the government's decision, saying that now they have increased responsibility and they try to follow the government's instructions and move away from each other and most homes. Work from

It is thought that by the afternoon of March 30 in Sweden, the number of Coronavirus patients had reached 3700 while the number of deaths there had reached 110, however, there were other European countries and especially neighboring countries. Fear is not seen as such.

Unlike Sweden, full or partial lockdowns are implemented in most European countries, while countries like Italy and Spain have the most severe lockdowns, where Corona has the highest number of patients and casualties.

At present, the Corona Virus has the highest number of patients in Europe, where almost half of the world's patients are present, while the casualties have also been highest in Europe.

By the afternoon of March 30, the number of corona patients worldwide had risen to 7.75 million, while the death toll had increased to more than 34,000. 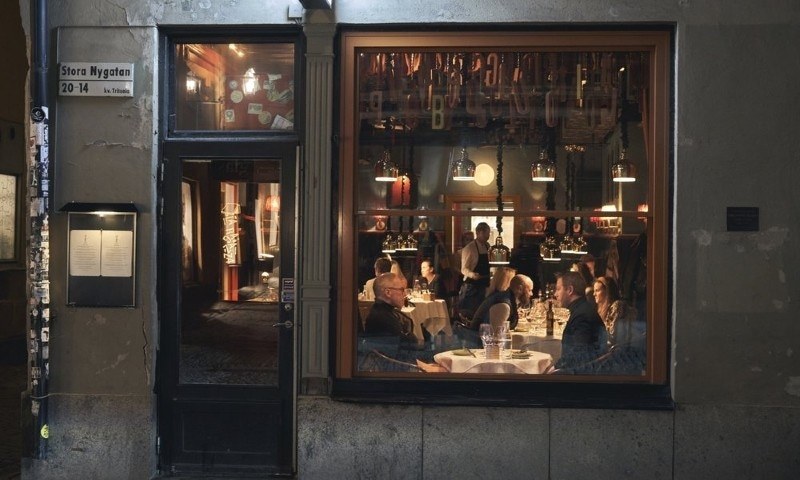 Related Posts
Educational institutions open in China, children allowed to go out in Spain
India demands China not to raise Kashmir issue in UN
The ECC rejected the proposal for a subsidized price for the purchase of cotton
An area of Pakistan where waterfalls and lakes were frozen
India Has Just Avenged Abhinandan by Making a Very Bad Remake of "Sayonee"
Emirates returns AED 5 billion (US$ 1.4 billion) to customers in refunds
Advertiser arrested for selling Nigerian girl on Facebook
Turkey will send his troops to Libya next month