Sushant Singh removed from TV show in opposition to controversial citizenship law?
Bollywood actor and leading Indian television actor, who has done brilliant acting in films like 'The Legend of Bhagat Singh', was dropped from the well-known TV show 'Savdhan India' for allegedly defying controversial citizenship laws.
Sushant Singh, in his brief tweet yesterday, said that his acting career in 'Savdhan India' was over.
After the actor tweeted, several people liked his tweet, while dozens of people commented on it.
One user Anisha Dutta commented on her tweet that she had to pay the price of speaking 'truth', to which the actor replied that she had to pay a very low price to speak 'truth'.
Speaking to the Indian newspaper 'Indian Express' after concluding with the TV show, Sushant confirmed that he had been separated from the play, but did not give a reason.
According to Sushant Singh, the TV administration has terminated his contract and the TV administration has the right to delegate responsibilities to someone else.
In response to a question, he said he was not given a reason for terminating the contract, nor did he know at what point he was separated from the TV show.
According to Sushant Singh, it is coincidental that the day he participated in the protest against the controversial citizenship law, his TV show contract was terminated and he did not want to spread rumors in this regard and the fact is they do not know why they were separated from the TV show.
Speaking on the controversial citizenship law bill, Sushant Singh said that he could not remain silent on the issue. It is his duty to raise the voice of controversial law and violence against the students of Jamia Millia University, because in the future if they are asked If children ask questions, they will have the answer.
The actor said that it is true that he sells his talent but he cannot sell his conscience and voice and he will not be silent on injustice.
According to Sushant Singh, he is not the only Bollywood person to raise the voice on controversial citizenship law, but also people like Tipsi Panu, Recha Chadda, Zeeshan Ayub and Anubhav Sinha.
The actor said that Bollywood celebrities who find the controversial citizenship law right are silent and who they think are wrong, they are speaking like them and they will speak whatever they find wrong. ۔
He replied to a question that if he was punished for speaking the truth, he was punished very little. 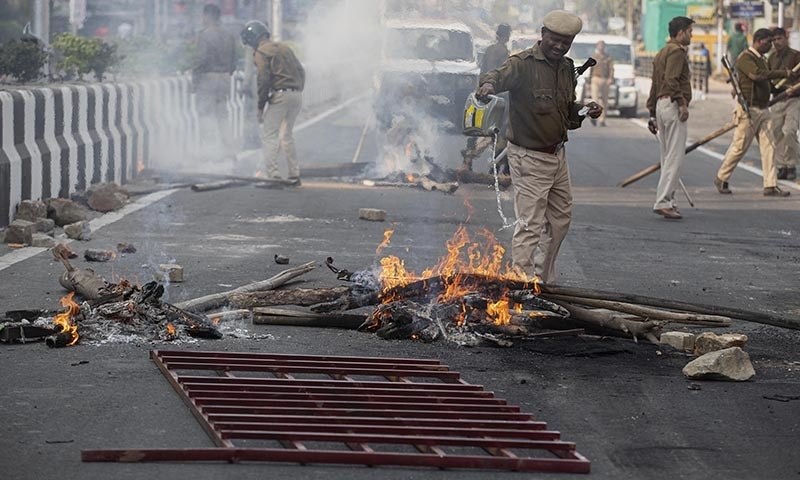 Assam's highest ever protest after passing a controversial bill - Photo: AP
It should be noted that Sushant Singh's crime TV show 'Savdhaan India' is one of the most-watched TV shows in India and the show has been running for many years and the actors were hosting it.
It may be recalled that the lower house of India, the Lok Sabha, had passed the controversial citizenship bill on December 9, 2019, while the upper house, Lok Rajya Sabha, had adopted the bill on December 11 and the next day the Indian president signed the bill, followed by the bill law. Had become
Under this law, Indian citizenship is granted to non-Muslim immigrants from all six religions of Pakistan, Bangladesh and Afghanistan, Hindus, Christians, Parsis, Sikhs, Jains, and Buddhists, under this bill amending the Citizenship Act of 1955. Illegal immigrants belonging to selected categories will be considered eligible for Indian citizenship.
Under this law, Indian citizenship will be granted to Hindus, Sikhs, Buddhists, Jains, Parsis, and Christians who come to India from 3 neighboring countries before December 31, 2014.
Massive protests began in several cities in India, including New Delhi, and six people were killed and more than 100 were injured in protests in India by December 16, when the bill became law.
During the demonstrations, a property of other institutions including Jamia Millia was also damaged due to the encroachment. 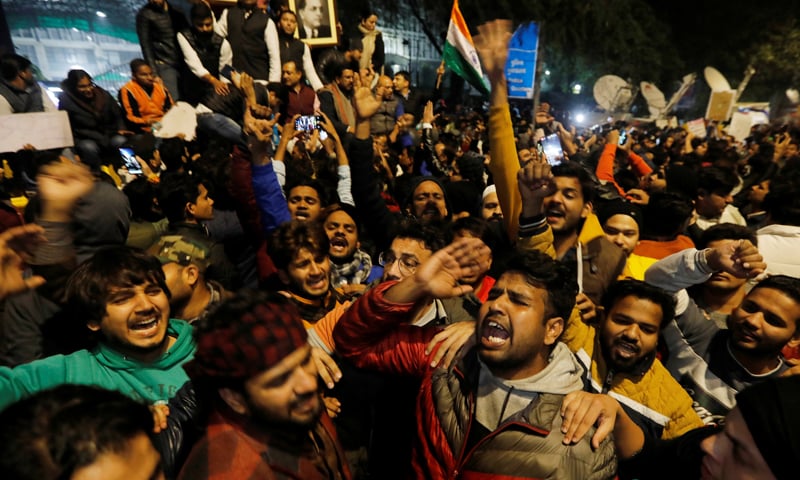 Great news, the launch of the 'Internet for All' campaign in Pakistan