ISLAMABAD: The Supreme Court has ordered to stop the expansion of Monal Restaurant in Margalla Hills National Park (MHNP).

A five-member bench of the Supreme Court, headed by Chief Justice of Pakistan Gulzar Ahmed, ordered the Islamabad administration to replant fallen trees in an attempt to expand.

Islamabad Chief Commissioner Amir Ali Ahmed told the court that the management had already sealed Monal and initiated action against the restaurant.

The instructions were given after Chief Justice Gulzar Ahmed said he had learned that 500 to 1,000 trees had been cut down to expand the restaurant.

The apex court was told that former CDA chairman Kamran Lashari had given permission to build a monal restaurant in the national park.

In his order, Justice Gulzar Ahmed said that the Margalla hills which stretch from Islamabad to Punjab and Khyber Pakhtunkhwa have been declared as National Parks and Cultural Heritage.
And that is why no part of this area can be allotted to any person for commercial activity or private residence.

Amir Ali Ahmed, who is also the chairman of the Capital Development Authority (CDA), told the court that several restaurants have been set up in the area while other hotels and guesthouses, including Pine Residencia, also provide services.

The court said that all these constructions are illegal and against Margalla Hills National Park, their construction should be stopped and demolished.

The Supreme Court has also summoned the owners of Monal and Pine Residencia in the hearing held after the Eid holidays. 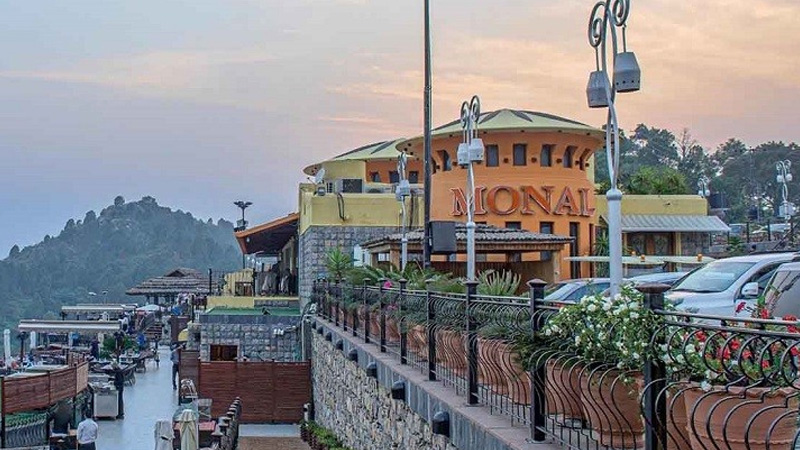 According to reports, Margalla's protected forests cover a total area of ​​17,111 acres in Khyber Pakhtunkhwa, Rawalpindi, and Islamabad.

After the construction of Islamabad, the CDA had approached the West Pakistan provincial government to transfer the management of these protected forests.
After which 12,511 acres of protected forests of Margalla to 11,870 acres and 641 acres of Bani Gala were leased to CDA in 1961.

An agreement in this regard was signed between the Secretary Agriculture of West Pakistan and the Horticulture Directorate of the CDA in 1966 and in 1980 it was declared a National Park.

Mahira Khan told that, when will she get Second married