National Assembly Speaker Asad Qaiser and Sindh Governor Imran Ismail recovered from the coronavirus and their reports are negative.

Asad Qaiser and his two children were diagnosed with the coronavirus on April 30.

However, he has now confirmed his recovery on the social networking site Twitter.

"Alhamdulillah, my coronavirus test report is negative and my children's report will come by tomorrow," he said. 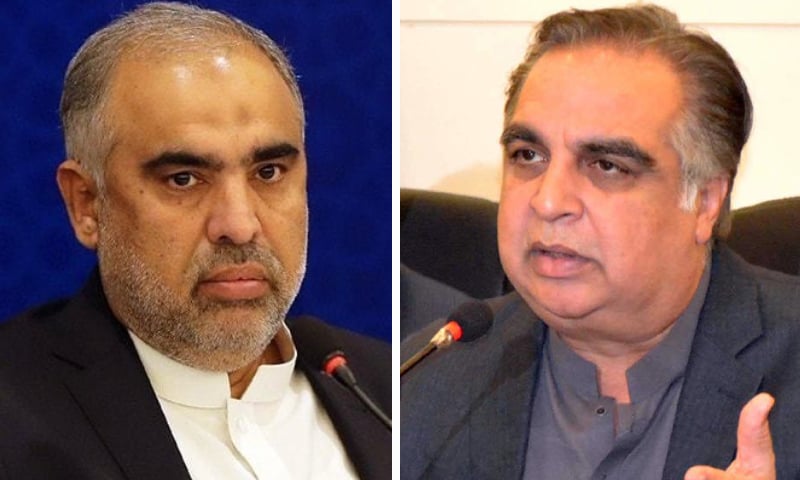 The Speaker of the National Assembly prayed for the recovery of his children and also thanked those who prayed for their recovery.

He had earlier in a tweet confirmed his recovery and transfer home from the hospital.

He said, "By the grace of God and special prayers, I have been transferred home from the hospital. I am grateful for the good wishes of the entire nation."
I am feeling much better than before and inshallah I will get well soon.

It may be recalled that the virus was confirmed in the Speaker National Assembly on April 30 last month after which he was in quarantine while a few days ago he was also admitted to the hospital for treatment.

Prime Minister Imran Khan, Army Chief General Qamar Javed Bajwa, Governors and Chief Ministers of the four provinces expressed their best wishes for the Speaker of the National Assembly and wished him a speedy recovery.

On the other hand, Sindh Governor Imran Ismail also recovered from the coronavirus.

In a tweet on the social networking site, Imran Ismail said, "I have received the report of my Corona test which has come out negative."

"I am grateful to all those who prayed for my health. I will soon donate blood plasma to help someone in need," he said.

The coronavirus was confirmed in Imran Ismail on April 27.

In his tweet, Imran Ismail had said, "I have tested positive for Corona, but God is gracious and I will face it."

"Imran Khan has taught us to fight adversity and I don't think it's very different from what we have learned," he said.

On May 8, his second coronavirus test was positive.

How to Cook Baked Sardines?

How to Cook Stuff Black Pudding at Home?

Is Corona Virus Cured with Chloroquine Medicine in the United States?

Japanese Actress Yūko Takeuchi, Has Been Found Dead in Her House

Smog May Cause of Death