Leading showbiz personalities protested against the rising number of 'rape' incidents in the country on September 14 at the Karachi Press Club and demanded the government to enact new legislation, including cracking down on 'rape' accused. 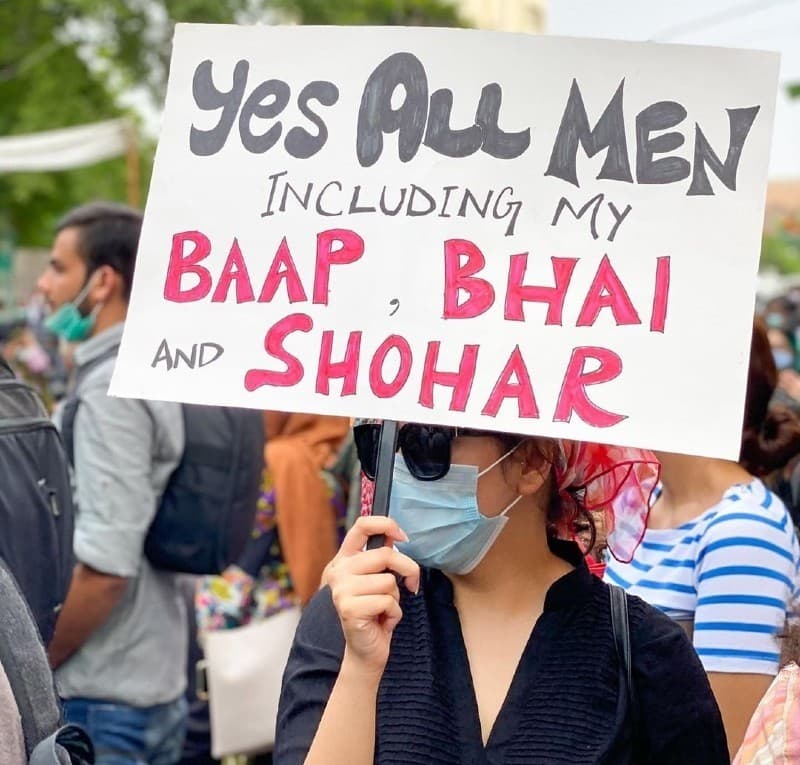 A large number of men, including eunuchs, children, and women, also took part in the demonstration. 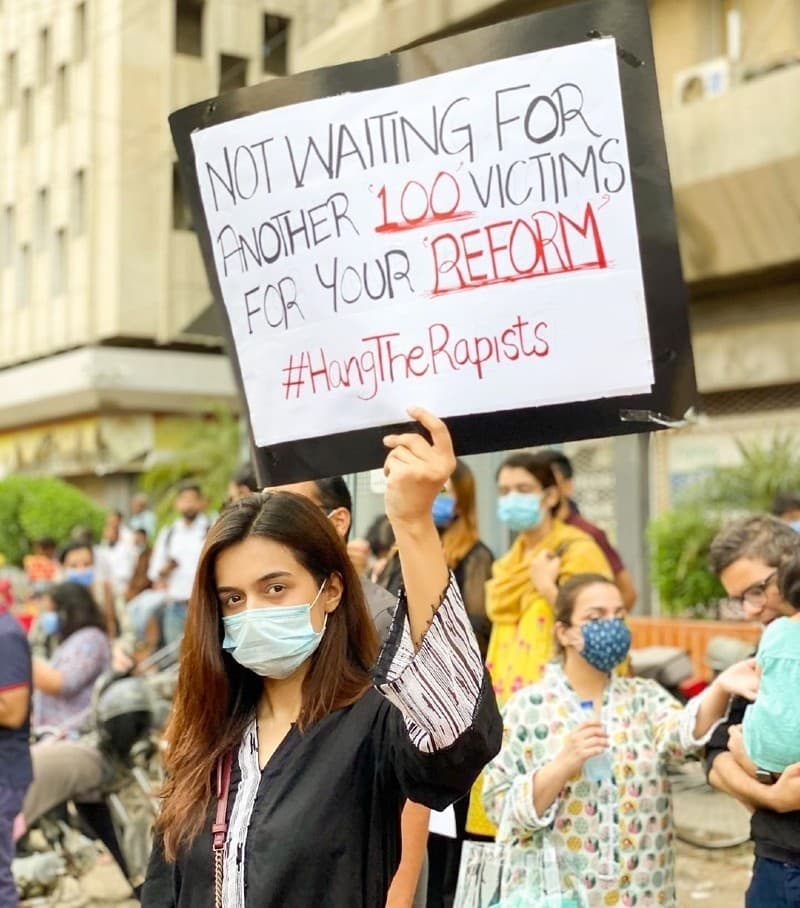 Protesters held banners and placards with anti-rape slogans in their hands, while protesters chanted slogans against the government and police for not cracking down on rapists.

We demand a secure nation for all women!! At home, on the streets, at work, alone, not alone, with kids, without kids, in a skirt or in a burkha. Where ever she may be, whoever she may be - we demand basic rights of safety🙏🏼 Proud of my industry for coming together for this cause - United we are stronger, our voices are more powerful and impactful🇵🇰🤍♥️ 📸 @mystapaki

'Superstar' actress Mahira Khan shared photos of the demonstration on her Instagram and wrote that 'a woman should be at home, on the street, at work, alone, with someone, with children, without children. "Whether in a burqa, in a bold dress, anywhere and whoever she is, this demonstration demands the protection of this woman and her basic rights." 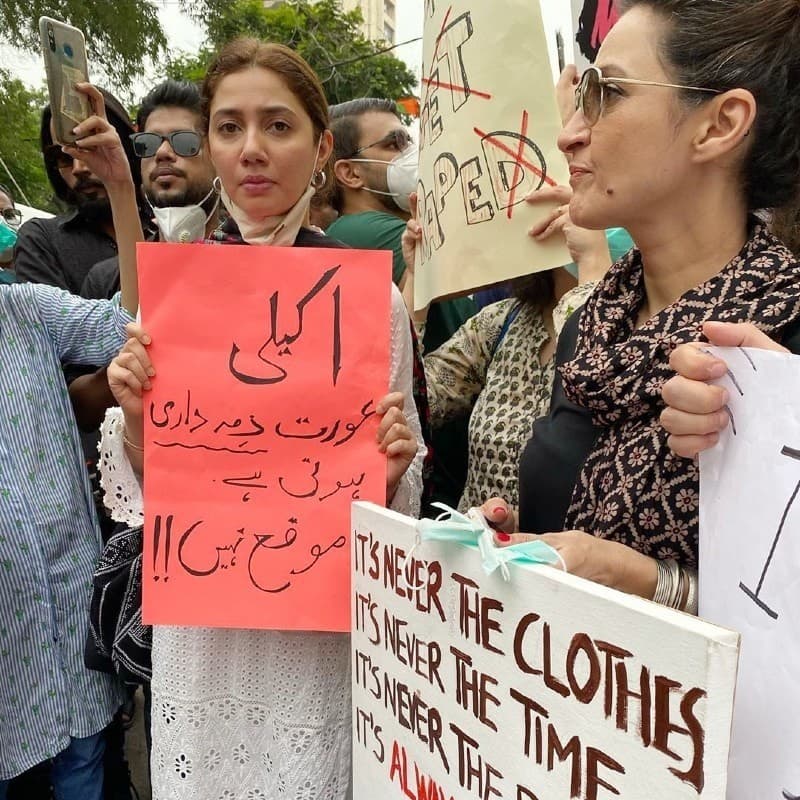 The actress also expressed happiness over the fact that prominent personalities of the showbiz industry took part in the demonstration against the 'rape' incidents.

Actress Sarwat Gilani also shared photos of the protest and expressed satisfaction that the showbiz personalities staged a peaceful protest to protect women and end the 'rape' incidents. 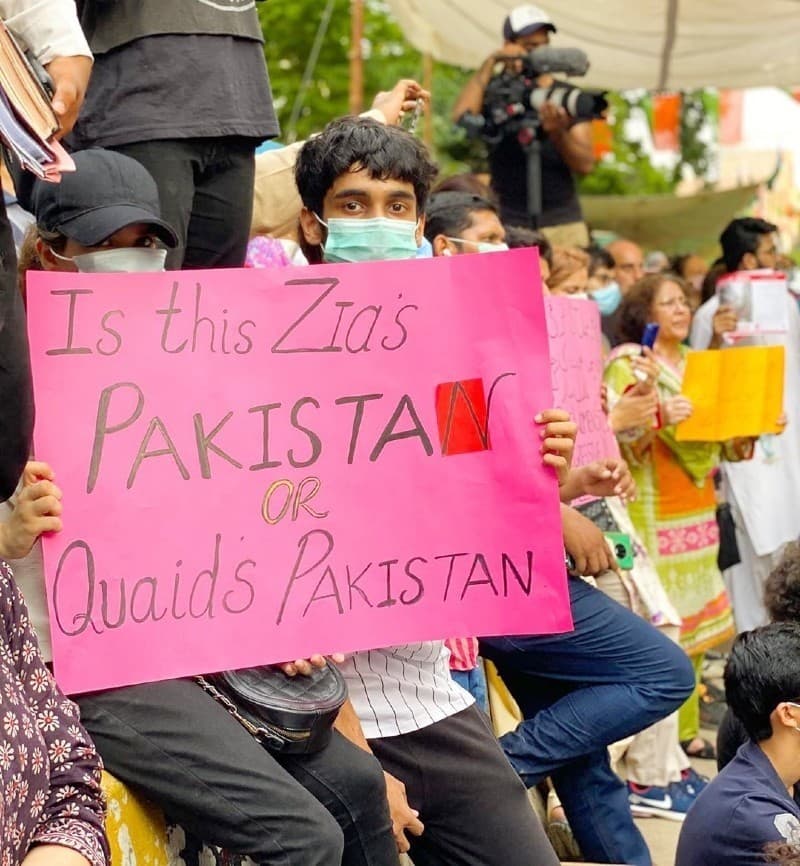 During the demonstration, Mahira Khan, Ijaz Aslam and other actors while talking to the media said that the society should be made safer by giving the harshest punishments to the 'rape' accused.

At the same time, the showbiz personalities demanded the government to make strict laws to take action against the 'rape' accused.

This is the first time in recent months that showbiz personalities have taken to the streets to protest the growing number of abductions, violence and rapes of women and children in the country.

Showbiz personalities usually record protests on social media in response to any incident.

Agha Ali Apologized for the Statement Regarding the Pashto Language