Leading actor, producer, and director Mohib Mirza have expressed deep sorrow and grief over his father's death and prayed for his forgiveness.

Mohib Mirza shared a memorable photo of his father and mother in a lengthy Instagram post on January 18, telling fans that he had lost his closest, kindest and most compassionate person.

The actor said in the post that he does not usually share personal life information on social media or with fans, but because his father was a beacon for him and whatever he is, it is because of his father. That's why they want to tell the world some of their things.

He wrote that although his father worked in the fields of law and human resources, he was an artist from the inside, he was not only fond of poetry, but he also knew how to entertain people by humming like live concerts.

Mohib Mirza wrote in an emotional message that of all the human beings he knew in the world, the kindest, benevolent, loving, and best human being was his father.

He called his father a real superstar and a real artist and wrote that his father allowed him to live a free life without imposing his will on them. 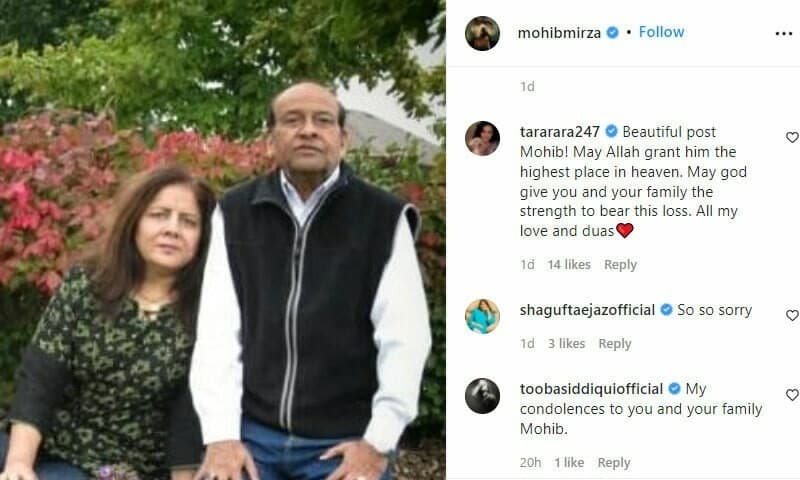 He also praised his mother Nighat Mohsin in the post and wrote that he supported his father Mohsin Mirza all his life, shared his sorrows and joys with him but never complained to him.

In the post, Mohib Mirza described his father's funeral as the most difficult moment and said that his father breathed his last in the arms of his wife and daughter.

The actor said that his father Mohsin Mirza passed away on January 13 last week; however, he did not state the reasons for his father's death.

Commenting on the post of death of Mohib Mirza's father, several showbiz personalities expressed deep sorrow with the actor and wrote that he paid a great tribute to his father. 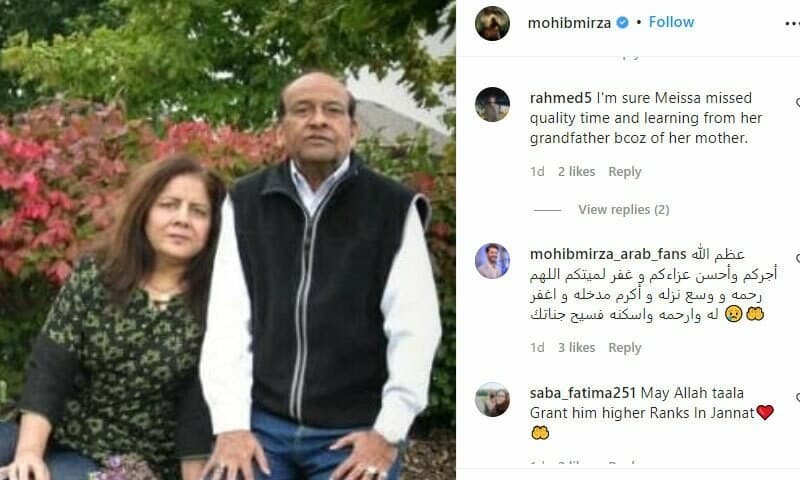