While the Israeli army has attacked and tortured Palestinians on the occasion of Al-Quds Day, while the governments of various countries, including the United States, have condemned it, Pakistani and international showbiz personalities have also expressed their grief and anger over the Zionist army's violence. According to the news agency Reuters, tensions between the Zionist army and the Palestinians erupted on Friday on the occasion of Al-Quds Day and at least 205 Palestinians were injured by the actions of the Israeli army. 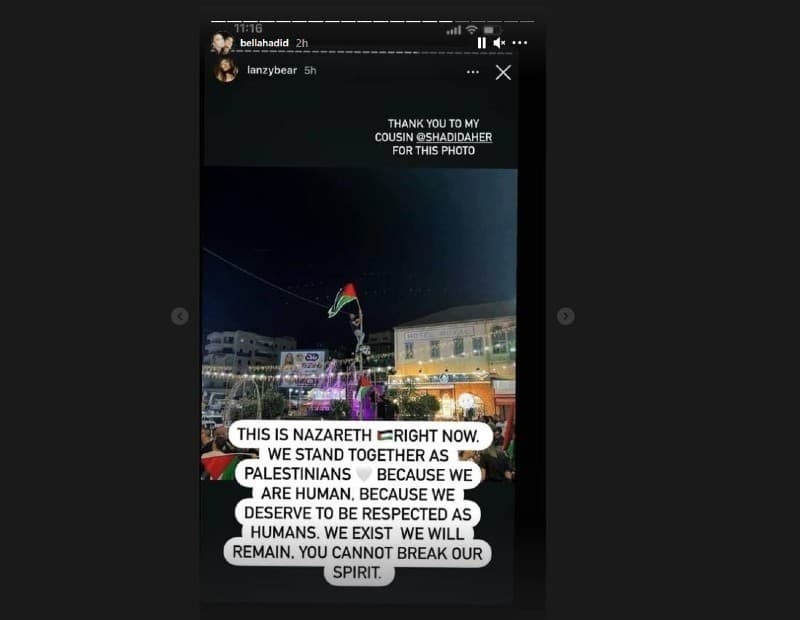 Numerous videos and photos that have gone viral on social media show the Israeli army firing on worshipers inside the Al-Aqsa Mosque, Islam's third holiest site. Bella Hadid, a Palestinian-American supermodel, condemned the Zionist army's attacks in her Instagram stories and said that all her family members, including her sister Gigi Hadid, condemned the Israeli army's attacks. He added that he and his family were saddened by the violence against Palestinians.

A note from Roger.

I am sickened & disgusted. How can you attack a place of a worship & attack defenceless worshippers? And yet again, the world will stay silent on Israel’s continuous oppression on Palestine. Ya Allah reham! #IsraeliAttackonAlAqsa #PalestiniansLivesMatter

Pakistani singer Asim Azhar also condemned the violence and attacks on Palestinians, calling the Israeli army's actions terrorism and writing about how the Zionist army is targeting the oppressed in homes and places of worship.

The world's deafening silence is criminal! How can the international community sit back and watch this happen?

Singer and actor Farhan Saeed retweeted a video of an Arab journalist speaking in favor of the Palestinians and wrote that the world's silence on Zionist oppression is criminal and at the same time questioned whether the international community should sit back. How can Kar see in silence? Feroz Khan also condemned the attack on the Palestinians and tweeted briefly that Israel attacked Al-Aqsa.

Noor Bukhari called on ordinary people, including personalities, to speak out against Israeli atrocities.

March of Maulana Fazl-ur-Rehman is Coming to an End

Related Posts
Sindh: 3,000 volunteers including doctors, IT specialists registered in one week
The first Corona virus patient has come out in Pakistan
Petrol Prices Rise in Pakistan
World arms trade, a significant gap in exports between the US and Russia, reports
Chaudhry Shujaat Advised PM to get rid of flattery People Around him
federal government orders to seal Wagah border
Alibaba Foundation's first aircraft from China arrived in Pakistan with medical equipment
Of the 30 cities with the worst air pollution, 21 cities in India