While other people had expressed their grief over her death, Pakistani singer Shey Gill had also expressed her grief and best wishes for her family. She Gill prayed for patience for Sidhu Musa Wala and his family, but people were unhappy with him and discriminated against him. 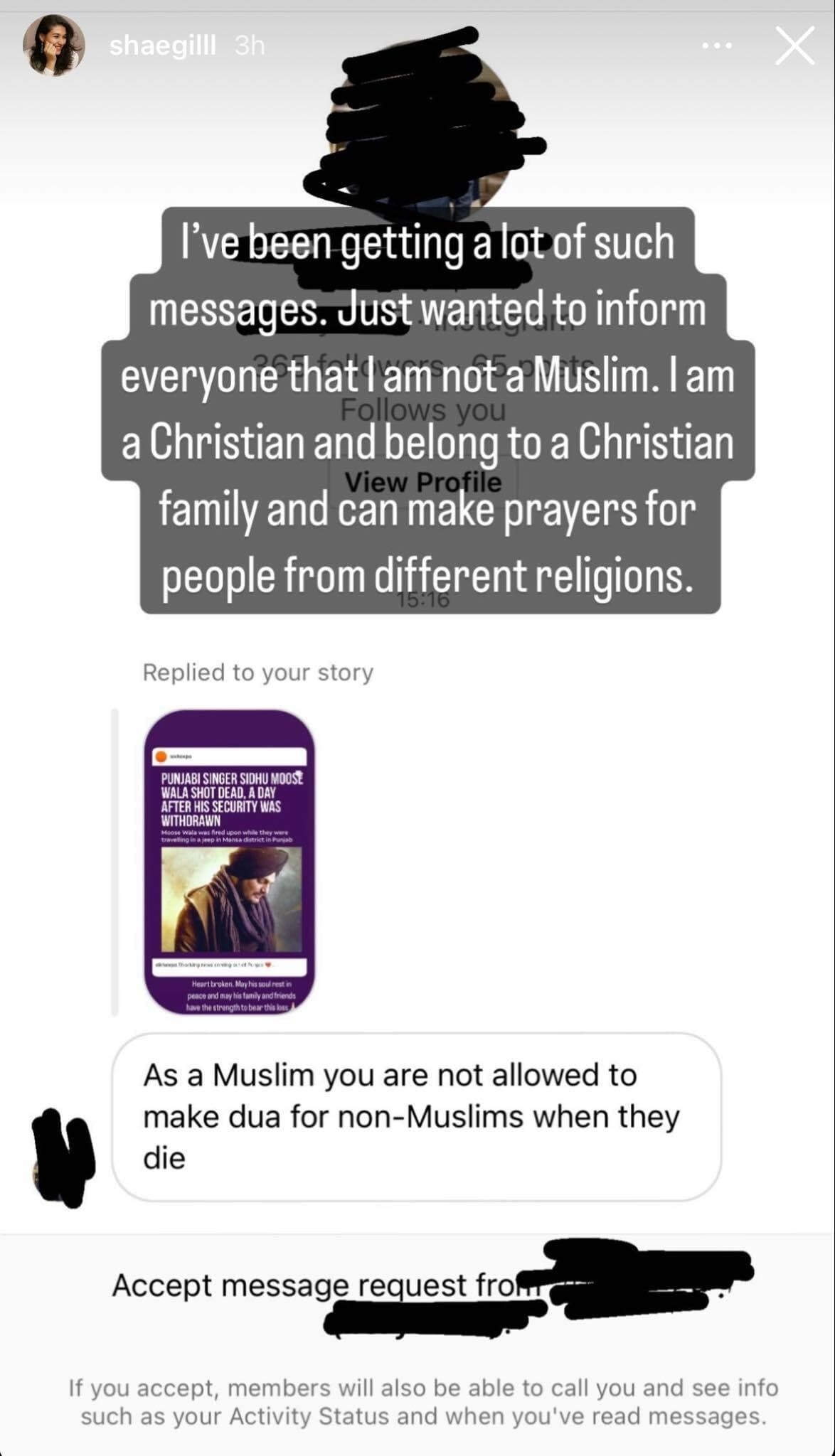 Shey Gill shared screen shots of people being criticized online, in which she was subjected to religious discrimination. People explained to her that she was a Muslim and that she could not pray for non-Muslims.

After receiving messages from people, Shey Gill clarified in her Instagram stories that she is not a Muslim but a Christian and that she can pray for people of other faiths. 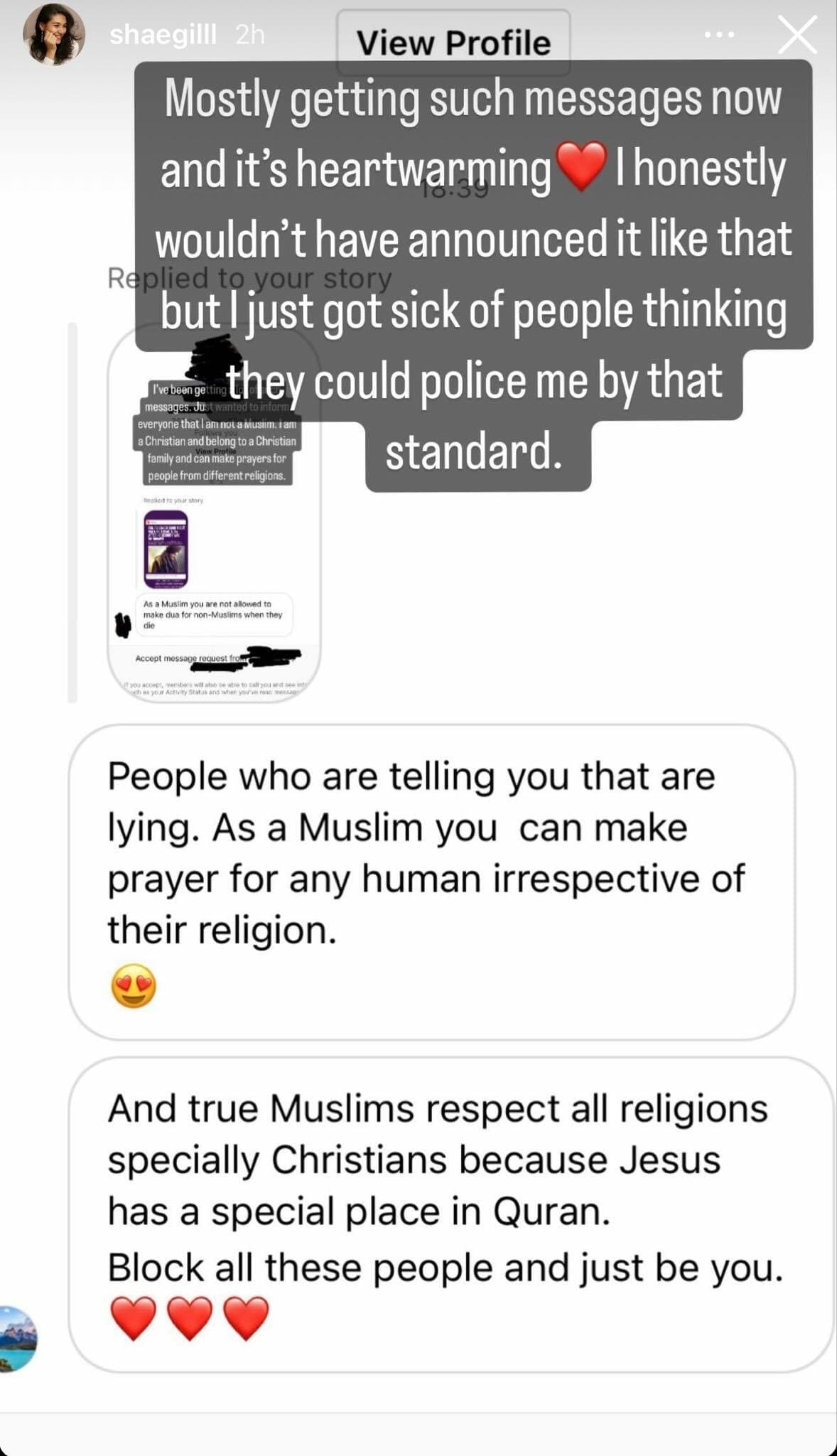 Shey Gill also shared screenshots of other people's messages, in which some people told her that if someone was preventing her from praying for people of other faiths as Muslims, they were wrong. Some people told him that Islam teaches respect for all religions, especially Christianity because Jesus is mentioned in the Qur'an. 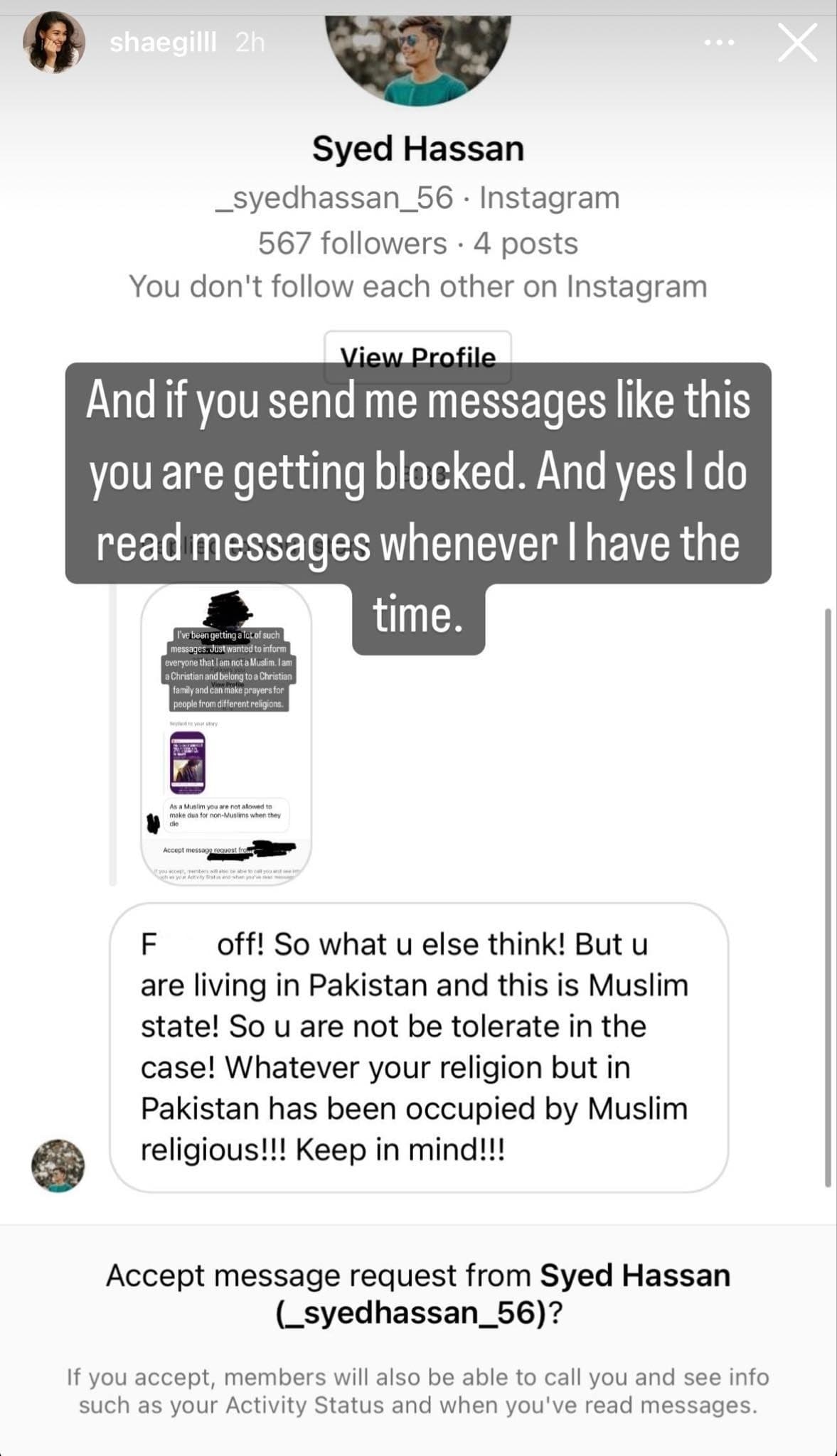 The singer said in response to such messages that she did not want to reveal her religious identity but because she was receiving mostly bad messages, she did so. Shey gill also blocked some critics, saying that if anyone insulted her, she would block them and that she read everyone's messages but sometimes she was late.

He also shared screenshots of people abusing him for praying for an Indian Sikh singer and lamented that people had discriminated against him. It may be recalled that Shey Gil became famous for her song 'Pasoori' from 'Coke Studio Season 14' which was released this year, and she sang with Ali Sethi.

A post shared by S H A E (@shaegilll)