McDonald's, a multinational American food chain, has been sued by a global labor organization on charges of sexual harassment, rape, and adopting sex as a culture.

Although McDonald's is an American company, it has fast-food restaurants around the world and has regional headquarters for each region, while the company also has separate employment rules for each region.

While McDonald's food is popular around the world, the company has been accused of selling food at exorbitant prices.
And there have been cases of sexual harassment and gender discrimination against the company at the local level in the past.

However, this is the first time a lawsuit has been filed against a multinational company alleging that employees at McDonald's restaurants around the world have been mistreated. 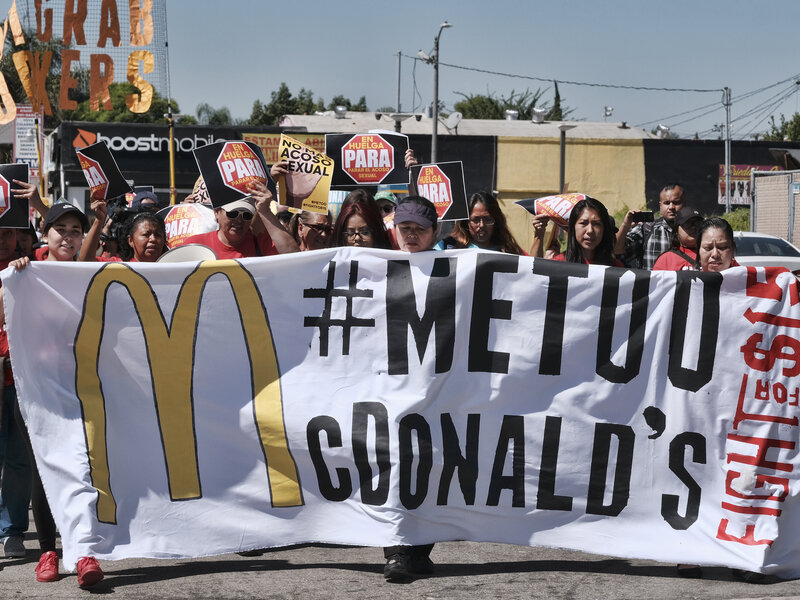 The International Union of Food Workers (IUF) has filed a written complaint against McDonald's at the office of an international organization in the European country of the Netherlands, according to AFP.

The International Labor Organization (ILO) has filed a lawsuit against McDonald's with the Organization for Economic Co-operation and Development (OECD) in the Netherlands, alleging serious misconduct against the organization's Food Chain Restaurant Company.

According to the report, the report filed against McDonald's by the International Labor Organization claims that the employees working in McDonald's restaurant are not only sexually ridiculed but also raped. Instead, they are forced to have sex.

The report states that the International Labor Organization (ILO) also presented written evidence in a lawsuit against McDonald's, stating that young and young employees at McDonald's restaurants in several countries, including the United States, the United Kingdom, Australia, Brazil, Chile, Cambodia, and France are subjected to sexual harassment, sexual harassment, and rape.

According to the trade union, factors such as rape, sexual harassment, or forcing employees to have sex at McDonald's restaurants have become part of the company and are being promoted there.

The complaint alleges that McDonald's management did not take significant steps to protect employees in the workplace.
And all over the world, employees in food chain restaurants continue to be exploited, beaten, and harassed, including being subjected to gender discrimination.

The International Trade Union Confederation (ITUC) said in a complaint that a manager at a McDonald's restaurant in France had installed hidden cameras in a changing room for female employees.

Similarly, the complaint claims that in many countries, when employees complained to their superiors about sexual and gender-based abuse.
He was ridiculed or his duties were reduced, including dismissal as punishment.

The International Trade Union Confederation (ITUC) has filed a complaint with the WTO office in the Netherlands, demanding an investigation by the Dutch government against McDonald's. The report also found serious allegations against Norwegian and a Dutch bank.

According to the International Trade Union Confederation, employees of the Netherlands and Norwegian banks, which invest in McDonald's, are also treated unfairly, while they are also silent on the exploitation of employees at McDonald's.

This is the first time that such a large-scale allegation has been leveled against a company such as McDonald's.
However, no organization has ever made such serious allegations against McDonald's in the past.

Following the serious allegations against McDonald's, it is believed that employees of American restaurants who have been targeted will also bring their cases to the Netherlands.
Because under local US law, McDonald's is not responsible for how an employee is treated in its franchise.

It is thought that after the incident, McDonald's could potentially introduce new rules to protect employees.
Under which he can oblige the franchise owners to protect the employees.

McDonald's, meanwhile, has denied the allegations in a statement issued Friday stating "Similar, baseless allegations concerning McDonald's have been made more than once.