ISLAMABAD: With a 40% increase in Pakistan's government debt and expenditure in 15 months, the government has announced its intention to borrow another 19 trillion rupees from January to July 2020.

The information was submitted by the Finance Ministry in response to a question from the PML-N Member of Parliament, Afzal Khokhar, after which a verbal clash between the government and opposition members over the issue of price rise was made.

A week ago, the government admitted to violating the Fiscal Responsibility and Debt Limitation Act (FRDLA) by exceeding the lending limit.

In the policy statement presented to Parliament on domestic loans, the Finance Ministry said that the total debt and liabilities at the end of FY 2018 was Rs 290 trillion 87 billion 90 crore, which as of September 2019 had exceeded 410 trillion 48 billion 90 crores. This is an increase of 39% or 110 trillion 60 billion rupees.

About the government which is seeking to borrow 19 trillion, the Finance Ministry told the House that 11 trillion rupees would be obtained from external sources and 8 trillion from local sources.

In reply to a question from Afzal Khokhar, the National Assembly was told that the government plans to repay 12,261 billion local and $ 28 billion external loans by the end of its term in 2023. 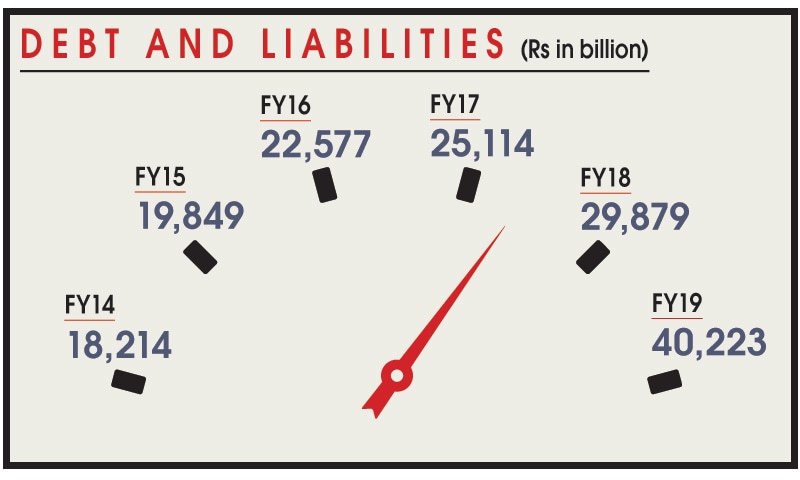 Responding to a question from Balochistan Awami Party MP Rubina Irfan, the finance ministry said that the government did not mortgage any government property with a national or foreign lender to borrow, but leased 3 assets (according to the Sharia). Borrowing method) used for transfers.

The members were told that the government had borrowed Rs 71 billion for Islamabad Motorway and $ 2 billion for two parts of Islamabad Lahore Motorway.

In addition, Khawaja Asif, the leader of the Muslim League-Nawaz in the House, also witnessed a heatwave between government and opposition members after accusing the government of protecting 'mafias' involved in the recent flour and sugar crisis in the country.

Two bills were approved in the meeting and three private members' bills were also presented by the ruling party's Fakhar imams, Riaz Fatiana and Amjad Ali Khan, followed by a meeting to mark the completion of the quorum until the next day.

Related Posts
Defamation case: Meesha Shafi's request for online interrogation rejected
Six-storey building collapsed at Karachi
The new Prime Minister of Finland, Sanna Marin
A team of experts from the WHO arrived in China to find out the reasons of the Coronavirus
'Jamia Masjid is not in Pakistan where protests are not allowed'
Legendary comedy actor Lehri's 91st birthday is being celebrated
Great news, the launch of the 'Internet for All' campaign in Pakistan
Sushant Singh Suicide Case: Arbaaz Khan Files Suit for Defamation