William, the British Duke of Cambridge, along with his wife, Catherine Kate Middleton, the Duchess of Cambridge, launched a personal YouTube channel to keep in touch with fans and keep them informed. In the recent era of the growing popularity of social media, the British royal family has used almost all digital media platforms to better communicate with the public, and where the royal palace has its official YouTube channel, there are also royal social media accounts.

Similarly, all members of the royal family, Prince William himself and his father and brother Prince Harry have separate social media accounts. However, Prince William opened a personal YouTube channel with his wife, to better inform his fans and people around the world about his welfare projects and activities. Prince William and Kate Middleton revealed in social media accounts posts on May 5 that they opened their own YouTube channel, on which they also released the first video of just 25 seconds. 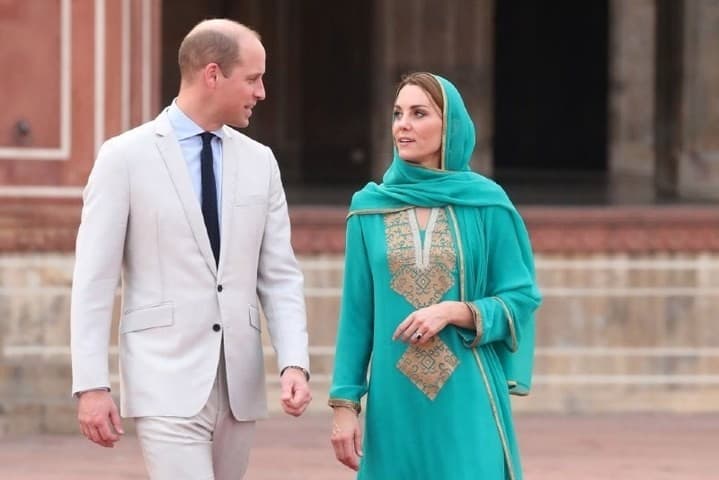 About four lakh people subscribed to the royal couple's YouTube channel while their short video has been viewed more than two million times. More than a thousand people commented on the royal couple's first video, praising their efforts and writing that they look forward to releasing more entertaining and informative videos from the couple. The first glimpse of the short video shared by Prince William and Kate Middleton shows the highlights of their historic visit to Pakistan in 2019, in which Kate Middleton can be seen dressed in Pakistani clothes.

The couple's short video includes highlights of their trips to different countries around the world, as well as their participation in various welfare programs, while the video also features personal and family photos and videos. The royal couple opened the YouTube channel at a time when Prince William's grandfather, Prince Philip, had died just three weeks earlier, at the age of 99.

A student from Karachi University has produced edible Plastic

Related Posts
The situation in the region will not affect the United Arab Emirates
Attack on Jawaharlal Nehru University's students
Imran Farooq murder case: Delays recording of witness statements
Censor Board letter received by Islamic Ideological Council for review of 'Zindagi Tamasha'
MediaTek set to Power Premium Gaming Smartphones in Pakistan
The circulating message about spraying pesticides at half midnight is false, ISPR
All Pakistani Singers Including Atif Aslam Are Second to None, Neha Kakkar
Corona Virus: Have Lockdown and Social Distance Changed the World Forever?