According to initial reports, the incident took place in Jinnah Garden area of ​​Model Colony, where the plane crashed into residential houses in which several people are feared to have been killed. 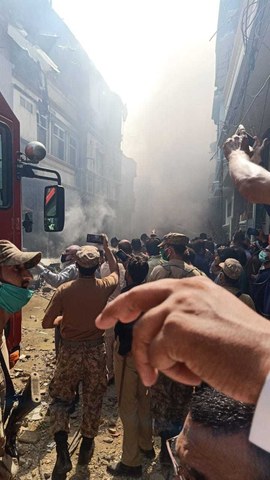 Smoke was seen rising after the incident

PIA spokesman Abdul Sattar confirmed the incident and said that PIA Flight 8303 was coming from Lahore to Karachi with 90 passengers and 8 crew members.

Ansar Naqvi, director of programming for private TV channel 24 News, was also present on the plane, besides Zafar Masood, president of Bank of Punjab.

The spokesman said the plane lost contact at 2:37 a.m. It was too early to say what caused the crash, and that our crew was trained for emergency landings.

"My prayers are with all the affected families. We will continue to provide information in a transparent manner," the spokesman said.

After the incident, PIA Chief Executive Officer Air Marshal Arshad Malik said in a video message on his way to Karachi immediately that the pilot told the control room that there was a technical problem in the plane.
And he decided to go back instead of landing, even though 2 runways were ready for landing.

Footage released shortly after the crash showed smoke billowing from the crash site, while eyewitnesses at the scene said the plane caught fire before it crashed.

On all these issues, Sindh Governor Imran Ismail said that the plane crashed in the population and we are concerned about the casualties in the area as a result of the accident.

"Rangers and rescue services have been sent to the affected area. We are trying to save as many people as possible," he said.

Immediately after the incident, law enforcement agencies, rescue officials, and locals arrived at the scene.

Meanwhile, the Pakistan Army Public Relations Department (ISPR) said in a statement that the Quick Reaction Force and Pakistan Rangers Sindh have reached the spot for relief operations and are assisting them with the civil administration.

ISPR said that Army Aviation Helicopters of Pakistan Army have been dispatched to assess the damage and rescue operations on the plane crash. 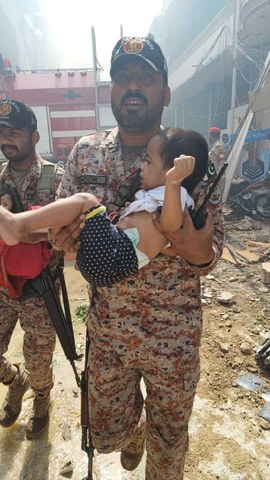 The statement said that urban search and rescue teams have been dispatched to the site for rescue operations.

Meanwhile, a Pakistan Navy spokesman said that the Pakistan Navy was also assisting in controlling the fire that broke out after the plane crashed in Karachi.

The spokesman said that 4 fire tenders of the Pakistan Navy have been dispatched to the spot.

Besides, Special Assistant to the Prime Minister for Information and Broadcasting Asim Saleem Bajwa said that all emergency services and resources were being utilized on the instructions of the Prime Minister. 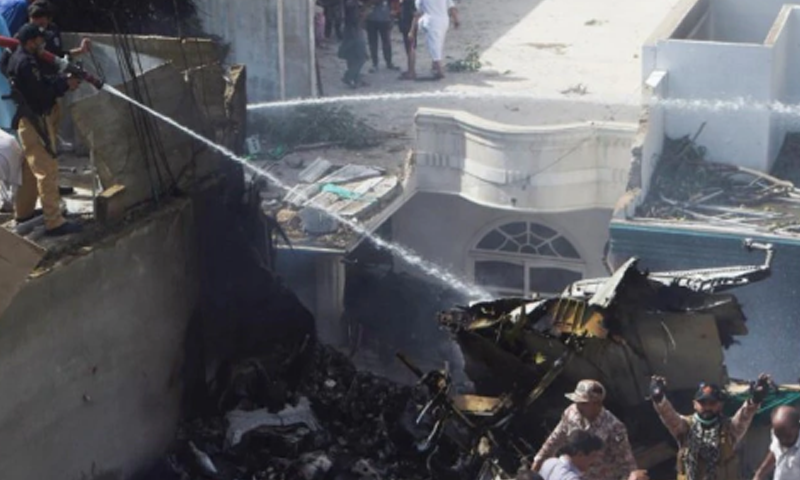 Meanwhile, Jinnah Hospital Executive Director Dr. Sami Jamali while talking to the media said that 2 women and 4 men were brought to the hospital in critical condition.

"We think a number of injured people will be brought here. We are working carefully because of the coronavirus and we are doing everything we can in this regard," he said.

woman seeking a divorce from her husband

Four Members of the Qatari Royal Family, Were Arrested

Two million dirhams will be rewarded for payment of government fees

Celebrating New years across the country

US Admired PM Imran khan on efforts to reduce tension with Iran,