Special Assistant to the Prime Minister Shahbaz Gill has been criticized on social media for giving inappropriate answers to the question of using obscene language. Shahbaz Gill, while talking to media in the capital  Islamabad on March 21, used inappropriate words in response to a question from a female journalist, due to which he is being criticized. The female journalist was asked by the Special Assistant why she was repeatedly using the word 'broker' inappropriately in her speech. In response to the woman's question, Shahbaz Gul chose inappropriate words and used vulgar words, claiming that a woman whose husband dies in Punjab would be called by another nasty word instead of' widow '. Is. (We can't spell that word here).

He further said that 'Dalal' is a Punjabi word which is a translation of the English word 'broker'. 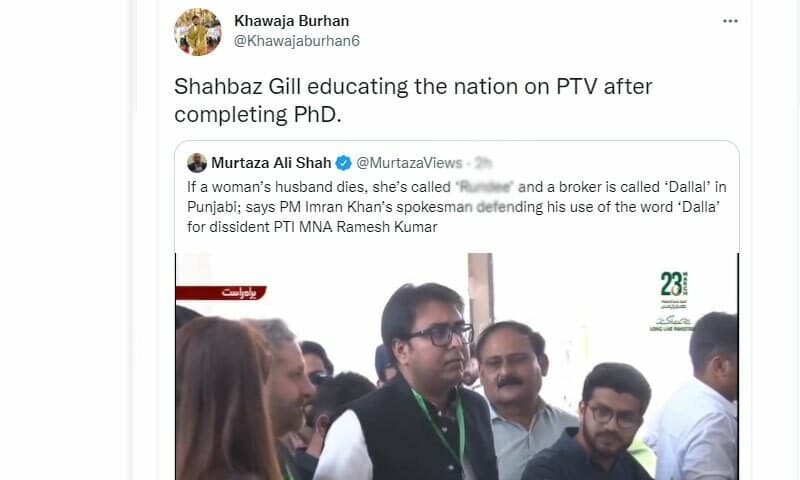 People criticized Shahbaz Gill for using the word naziba for a widow in Punjabi and his video went viral.

Whatever Shahbaz Gill has said is deplorable but it doesn’t give anyone the license to drag his mother or other women into same. Maa’ein sab ki barabar hain. 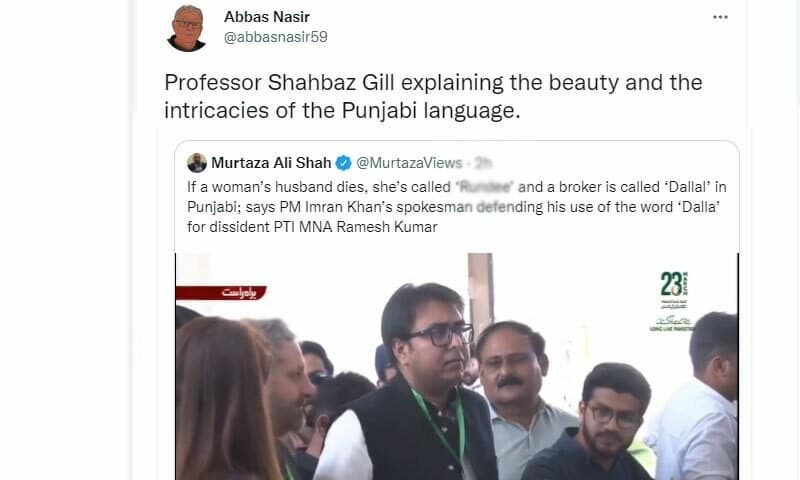 Faizan Lakhani tweeted on Shahbaz Gill's statement that the special assistant would never allow anyone to use such words for the women of his family, adding that all mothers are the same. Journalist Abbas Nasir criticized the response of the special assistant and wrote that Professor Shahbaz Gul was describing the beauty of the Punjabi language. 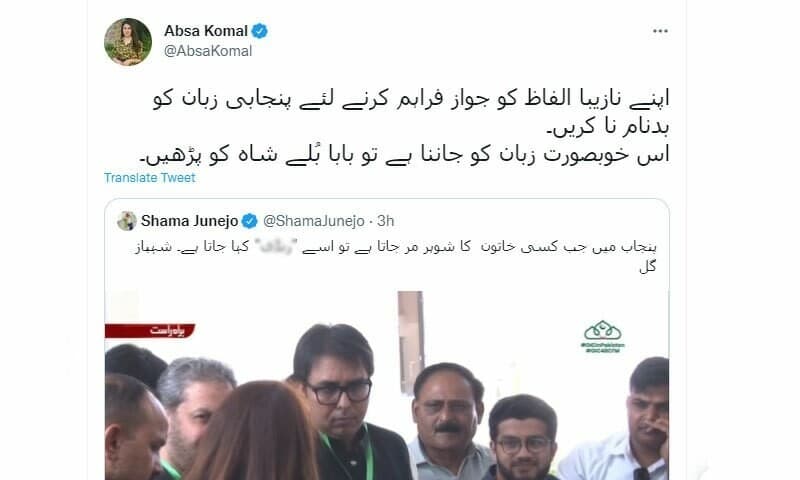 Like him, TV anchor Absa Komal also criticized Shahbaz Gul and warned him not to slander the Punjabi language to justify his vulgar words and that if you want to know this beautiful language, read Baba Bulha Shah. 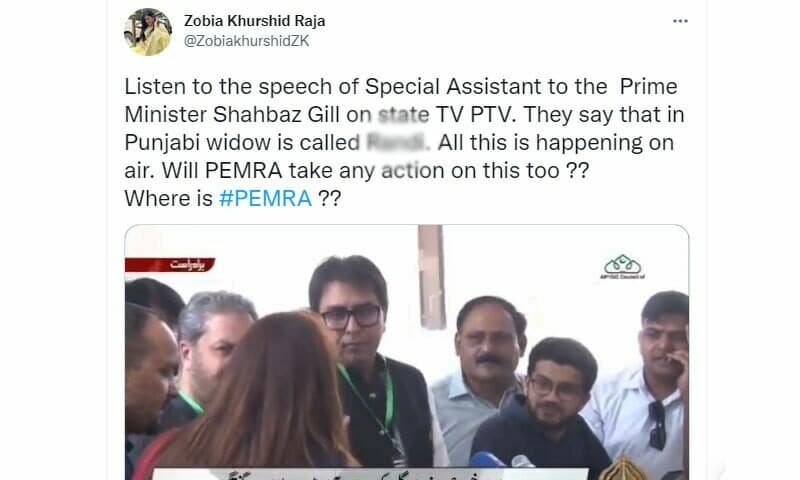 Some pointed out that the Special Assistant to the Prime Minister had spoken live on state television, in which he used the word "abusive" for women, and questioned Pakistan's response to the issue. Will the Electronic Media Regulatory Authority (PEMRA) take notice and take action? While most people criticized Shahbaz Gul, some people joined him and tweeted that the same word has multiple meanings in Urdu and Punjabi language, the special assistant is right. 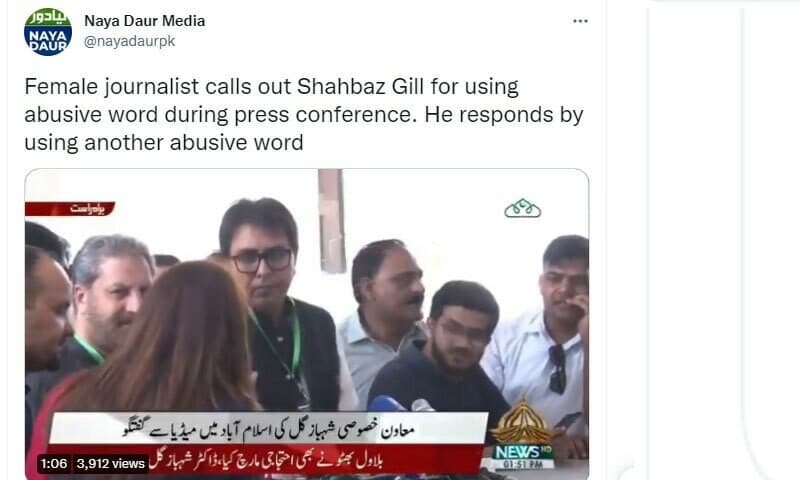 Related Posts
Imran Khan says 2020 will be a year of development and prosperity
Corona Lockdown: Make these delicious fritters at home
PIA plane crashes in residential area near Karachi airport
2 Pakistani Girls Included in the European List of "Forbes 30 Under 30"
Disciplinary action will be taken against the beneficiaries of BISP
Pakistani-elected British parliament announces support for Kashmiris
The realme Azaadi Sale 2021 is Live with up to 30% Off on Daraz
The bodies placed in the bookshelves in the cabinets