Palestine also cut security ties with the Central Intelligence Agency (CIA) after terminating all security agreements with Israel and the United States.

Yesterday, Palestinian President Mahmoud Abbas canceled all agreements with Israel and the United States, including on security, over Israel's plan to annex a large part of the occupied West Bank.

According to Reuters, Secretary-General of the Palestine Liberation Organization Saeb Erekat said that Palestinian President Mahmoud Abbas had told Washington two days ago that
His administration is no longer committed to implementing agreements with Israel and the United States, including security coordination.

In a video call on cooperation with the CIA, he told reporters that "contacts were cut off with the Palestinian president's speech."

It should be noted that the Palestinians continued their intelligence cooperation with the CIA in 2017, despite the boycott of US peace efforts led by US President Donald Trump.

On the other hand, Israeli officials say that Palestine needs Israel's cooperation to fight Hamas internally.

"Things have changed, so we have decided to change," said Saeb Erekat, secretary-general of the Palestine Liberation Organization.

"We are only going to maintain public order and the rule of law," Saeb Erekat said.

Former Palestinian President Mahmoud Abbas, ending all agreements with the United States and Israel, said Israel would now have to shoulder its responsibilities as an occupier before the international community.

He also announced that Palestine, as a member state, would step up its campaign to join international organizations and oppose US defense.

The claim of Israeli sovereignty over the occupied West Bank violates international law. 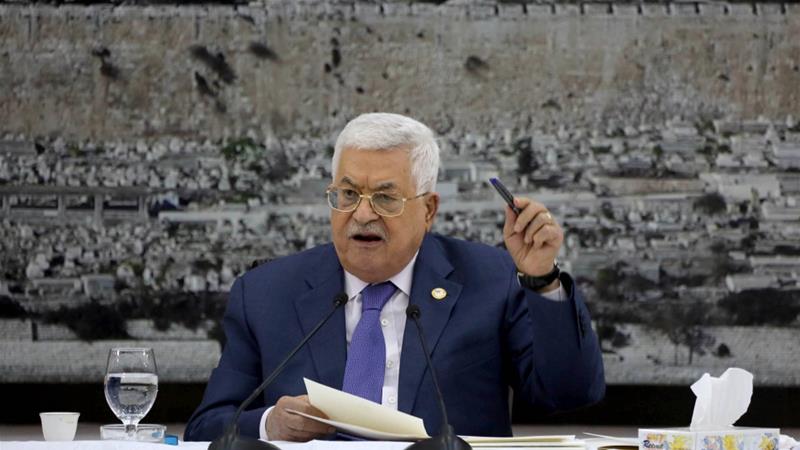 He spoke in support of the US Alliance but said that maintaining some independence was important for Israel.

The King of Jordan later warned Israel that a major conflict could erupt if plans to annex parts of the occupied West Bank continued.

Israel has promised to annex ghettos and the Jordan Valley, which could be a practical justification for ending a long-stalled peace process.

Iran does not want war or tensions escalate: Javad Zarif

Related Posts
100 fighters to be released soon, Taliban spokesman says
Coronavirus passed from bats to another animal and then transmitted to humans
The new system of western winds, winds also became cold in Karachi
Special flight operation ready to bring more than 5,000 Pakistanis back home
To whom Corona Virus Can Be More Dangerous?
Plasma donation of a healthy patient from Corona in Pakistan
Emir of Qatar has appointed Sheikh Khalid as the new prime minister of Qatar
Watch the last episode of "Mere Pas Tum Ho"