After nearly 1,000 cases and more than 20 deaths a day in the country in the last five days, Pakistan ranks 24th in the world in terms of coronavirus cases and 29th in terms of deaths.

So far, more than 500 people have died of the coronavirus in the country.

On the other hand, China and Iran, which initially topped the rankings in terms of a number of cases, have now dropped significantly. 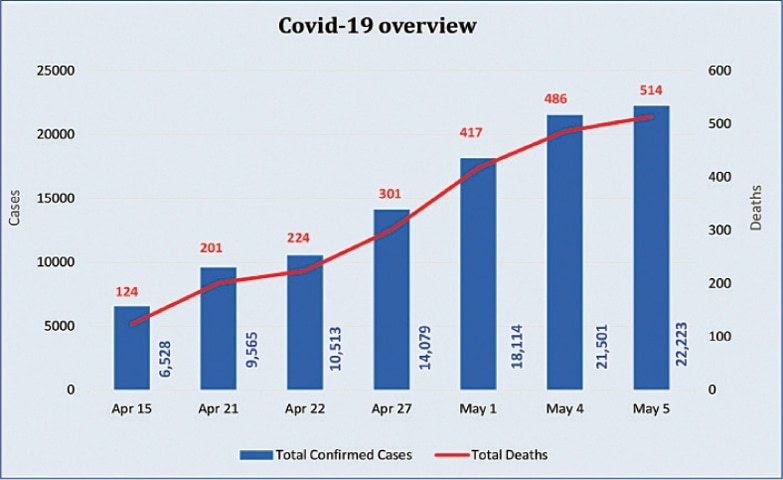 He said that according to various models, the total number of cases in Pakistan could have been more than one and a half lakh but it is hoped that by May 30 this number will be less than one lakh.

Dr. Amir Ikram said that the number of cases is decreasing in 9 countries including Spain and Italy while Brazil and Russia are now becoming new centers of Coronavirus and the number will start decreasing in Pakistan after May 30.

He said it was hoped that rising temperatures would slow the growth of cases, but a new series of rains had helped spread the virus.

Dr. Amir Ikram said that the situation is still under control and we believe that Pakistan will go through this difficult time without any major loss.

Microbiologist Professor Dr. Javed Usman told Dawn that the virus ends at 56 degrees Celsius and it is not possible to achieve this temperature in the human body because human cells die at 42 degrees Celsius.

Related Posts
The OIC delegation will visit Pakistan and Azad Kashmir
The crisis is expected to worsen the country's poverty situation
Aysha Farooqi has been appointed the new Foreign Ministry spokesperson
Prime Minister Imran Khan will lay the foundation stone of the Jalalpur Canal.
TECNO engages customers in another round of fun and gifting activities
Aamir Liaquat rejected the news of separation from his third wife Dania Shah
Chinese Citizen Has Been Sentenced to Death in Case of Killing Pakistani Student Moizuddin
Don't make Muslims 'scapegoats', Mike Pompeo