A man was injured in an explosion in the Shurki area of ​​Lower Kurram district of Khyber Pakhtunkhwa province.

According to area police, the blast took place at an Imambargah in Shurki, near the Pak-Afghan border.

Police confirmed that the man injured in the blast was on duty at the Imambargah and was taken to a local hospital for treatment, but the building collapsed as a result of the blast.

Yaqub Khan, a local police official, said the blast occurred at 4 am.

He said that after the incident, police and law enforcement agencies cordoned off the blast site and started an investigation.

However, he said that the nature of the blast has not been confirmed yet but police suspect that explosives were planted in the incident. 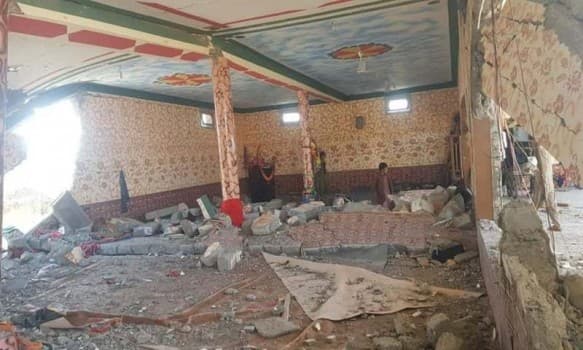 At the same time, he said that peace had been established in Kurram district through the sacrifices of the forces and the efforts of the elders, but the terrorists were conspiring to sabotage the peace with such efforts.

He demanded the government to immediately construct the Imambargah and conduct a high-level investigation.

It may be recalled that on Sunday, the Khyber Pakhtunkhwa Bomb Disposal Squad defused an improvised explosive device (IED) in the Dabar area of ​​Mohmand Tehsil.

It should be noted that 9 people were injured in a grenade attack near the Karkhano police check post in Peshawar in January this year.

Related Posts
Zafar Sarfraz The first cricketer to die in the world with the Coronavirus
Prime Minister Imran Khan announces to open phased lockdown from Saturday
Corona has killed 211,000 people worldwide and affected more than 3,064,000
India Faces once Again Humiliation
Military conflict between Iran, Saudi Arabia will be catastrophic for Pakistan: PM
No enemy can even look at Pakistan with an evil eye
Bad news for foreign engineers working in Saudi Arabia
This is not a war exercise, WHO calls for more stringent action against Corona