Nokia has introduced a total of 3 new smartphones, including its first 5G phone

Nokia has introduced a total of 3 new smartphones, including its first 5G phone.

The company claims that Nokia 8.3 offers features that are not available on any other phone in the world. 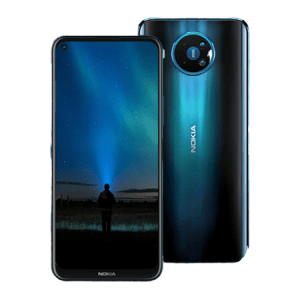 The 6.81-inch paver display phone has a selfie camera on the left in the punch hole design while a pixel chip is given which turns the SDR into HDR content.

18-watt fast charging support has been provided for the 4500mAh battery while a dual-band Wi-Fi feature has also been provided.

This phone with Android 10 operating system has a setup of 4 cameras on the back.

The main camera is 64 megapixels, plus a 12-megapixel ultra-wide-angle camera which according to the company performs impressively in low light while also can record 4K UHD.

In addition, a 2-megapixel depth sensor and a 2-megapixel macro camera have been given and all four cameras are equipped with Zeiss optics while the front has a 24-megapixel camera.

The camera system features cinematic effects so that users can watch their videos in Hollywood style while action mode is also included.

It is priced at 599 euros (over one lakh Pakistani rupees) which will be available in the summer. 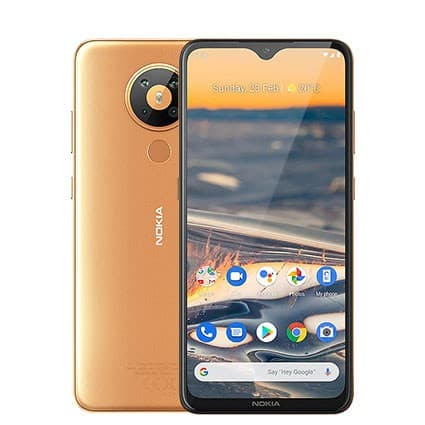 Photo courtesy of Nokia
It has a 6.55-inch HD Plus IPS display with a notch.

With Snapdragon 665 processor, three, 4 and 6GB of RAM and 64GB of storage have been given which can be increased with SD card.

About the 4000mAh battery, the company claims that it can easily operate for a full 2 ​​days once fully charged.

The company has promised Android updates for 3 years with the Android 10 operating system.

It has 4 cameras on the back of which the main camera is 13 megapixel, plus a 5 megapixel ultra wide camera, 2 megapixel macro and 2 megapixel depth sensing camera, while the front has an 8 megapixel camera. ۔

The phone will be available in April and is priced at 189 euros (over 31 thousand Pakistani rupees). 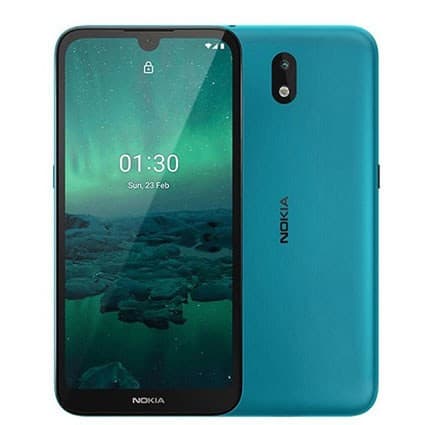 Photo courtesy of Nokia
It is an entry-level phone with 5.71 IPS HD Plus screen, while Qualcomm has 215 processors, 1 GB RAM and 16 GB storage which can add up to 400 GB storage from SD card. ۔

The back of the phone features a single 8-megapixel camera, which according to the company offers low light and portrait mode through the new camera app.

The front has a 5-megapixel camera while the 3000mAh battery, the Android Go edition are other notable features.

The phone will also be available for 95 euros (over 16,000 Pakistani rupees) in April