Fatima Sohail, an actress, has disclosed that she is her parents' third child and that her mother told her that she did not want to give birth to them. Fatima Sohail began acting in 2019, after previously working as a homemaker. Fatima Sohail recently appeared on Noman Ijaz's show 'G Sarkar,' where she spoke candidly about her personal life, as well as her entertainment profession. Tony Tanveer, a musician, and former journalist joined Fatima Sohail on the show and related an unusual story concerning Bollywood superstar Shah Rukh Khan's 2010 interview. Fatima Sohail has divorced her husband. He claimed to have had an interview with Shah Rukh Khan in Abu Dhabi, United Arab Emirates (UAE), during which the Bollywood star admired his watch and presented it to him. Tony Tanveer said that Nadia Khan instructed him to interview Shah Rukh Khan, infuriating well-known anchors and TV broadcasters.

In the program, Fatima Sohail said that in her childhood, she was given less importance in her parents' house, because she was the third child of her parents while her mother always told her that she did not want to give birth to them.

According to Fatima Sohail, her elder sister is a journalist and her mother also wanted her to work in media but she wanted to act from the beginning. 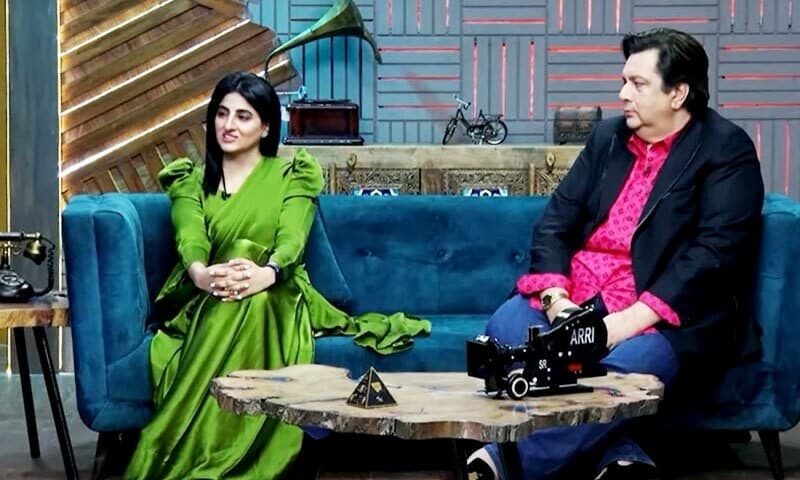 Fatima Sohail confirmed that she started acting in the 2019 drama 'Mera Dil Mera Dushman' and now she is being offered good roles. In response to a question, Fatima Sohail said that the current era of showbiz is a time of stiff competition, as many young actors are working at the moment. Fatima Sohail said that at present she is the breadwinner not only of her son but also of her mother and now her life is out of difficulties. Instead of answering the question of relationship and second marriage proposal, she smiled and said that she could not explain everything in the program. In one segment of the program, while answering various questions, he said that even if he was given crores of rupees for telling 'lies', he would never speak.

Fatima Sohail said that while taking pictures, she always had the problem of not looking 'fat' in it. In response to a question, the actress said that she is shy about expressing love, she cannot say everything to everyone, however, if she falls in love with someone, she gives them 'signs' but does not express them clearly. It may be recalled that Fatima Sohail had married actor and singer Mohsin Abbas Haider in 2015, with whom she had divorced in September 2019. Fatima Sohail, who divorced her husband after allegations of violence against him, entered the world of acting in 2019 and made her debut with 'Mera Dil Mera Dushman'. Is.