Atiq Mir, Chairman, All Karachi Traders Union, has said that the markets which do not follow the standard operating procedure (SOPs) regarding coronavirus precautionary measures and social distance should be sealed.

Chairman Tajir Ittihad said that SOPs could not be implemented and there was no hope that it would happen.

When asked why there was no hope, Atiq Mir said there was no hope because after two months of closure, the lockdown was softened and people were allowed to open businesses. It was like the sound of food being opened at a wedding and the hustle and bustle.

Chairman All Karachi Traders Union said that people came out with great enthusiasm on the first day.

"I also talked to the administration as it was the first day and when the door of the prison was opened, everyone came out, but those who had to take care of the social distance obeyed," he said.

In response to a question during the conversation, he said that if traders do not meet the requirements of social distance and precautionary measures related to coronavirus.
So seal it where it is being violated, while in the market where there is a lot of carelessness, seal the whole market.

Chairman All Karachi Traders Union said that we have to save the people and ourselves first, of course, business is also a necessity and economic death is also very painful.
However, if we do not act on the opportunity, then we have no right to ask for any help.

Atiq Mir said that we will be sad if this facility is returned again. The management told us today that you could not do that much but it was banned in many markets and we also showed it to the administration officials.

He said that many markets which are famous for Eid sale especially in the Saddar area were very crowded and there was a procession situation which is deplorable.

"Since it was the first day, people will return to normal in one to two days," he said.

He requested that the duration of the business should be extended a little. Even after Iftar, if people are allowed to shop till Eid, it is possible that they will be relieved that there is time till Eid.

"There are a few days in Eid and if you limit people to 4 or 5 o'clock, it will be the same situation because people avoid going out in the afternoon due to hot weather," he said.

On this occasion, Sindh Minister Saeed Ghani also spoke about the rush in business centers and said that this is why we were a little hesitant and trying to make the traders understand this, but they also had their own problems.

"Everything that has happened is very dangerous. Traders should take care and implement SOPs, while citizens should also be aware of this because it cannot be done at gunpoint," he said.

Saeed Ghani said that the situation is not good as the number of cases is increasing and if similar violations take place then I see the situation very bad.

Asked about the extension of business hours, he said that when we started closing the centers, the grocery stores, medical stores, etc. were kept open 24 hours a day, but it was happening that people were going out with some excuse. Nick was saying, if we are setting a time limit, it means a lockdown of 8 to 9 hours. 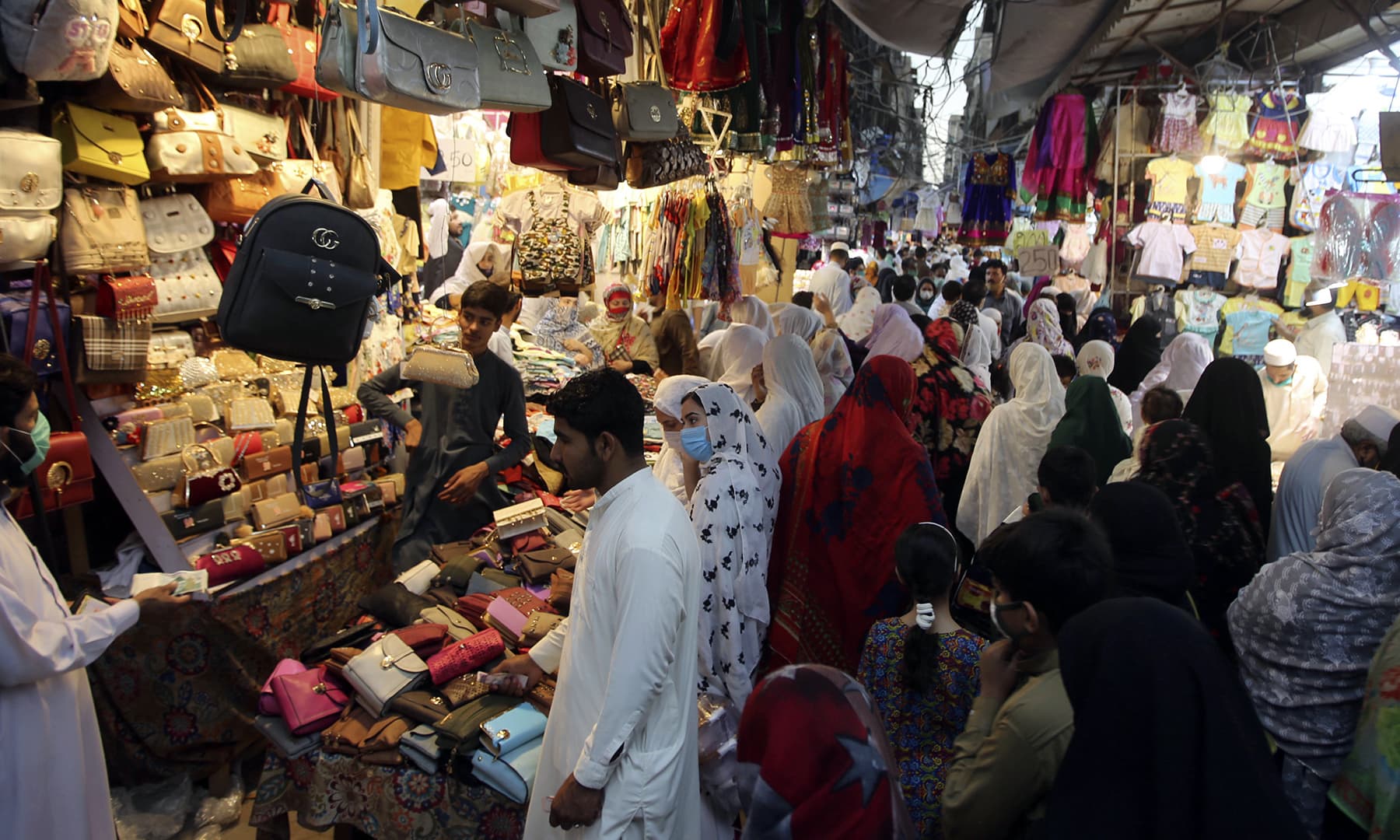 "If we allow 24-hour business, then not even 2% of people will go in broad daylight," he said.

"We have to change our attitudes and create a sense of responsibility, as well as understand that it is necessary for their own lives," he said.

In response to a question, Saeed Ghani said that things may get better gradually but if that doesn't happen then we have no choice but to seal the violating shops.

Replying to a question on the non-opening of shopping malls, Ghani said that a request has been made in the meeting of the National Coordinating Committee to keep these malls and plazas closed.

Related Posts
Asian countries face rising corona cases, World Health Organization
Channel 4 Has Sparked Controversy and Debate With a Deepfake Video of the Queen
Israeli Government Angry Over Bella Hadid Support for Palestine
The European Union is suffering from the biggest crisis in history, Germany
India's provocative statement is not good for the region : Foreign Office
Trump named the Coronavirus a 'Chinese virus'
Dengue Outbreak Has Set New Records in the Country
Dubai: The story of a recovering patient