Philippine President Rodrigo Duterte imposed a lockdown in the country as a precautionary measure against the Corona virus, but now threatens to shoot those lockdown violators.

According to Al Jazeera's report, the Philippine president threatened the public during a speech saying that if he violated Lockdown, he would order the army to 'shoot at sight'.

In his address, he added, "It is only a warning right now, then obey the government or it will be necessary for us to issue this decree."

The President of the Philippines said that people should not do any harm to doctors and other medical staff, as this would be a serious crime, I order the police and the army if anyone has done any harm to the medical staff. And if their life is in danger then shoot him immediately. '

Rodrigo Duterte threatened to 'do not anger the government, do not challenge them, for doing so will defeat you'.

It is thought that the warning came from the Philippine president after a protest by residents of the Kachhi population in Quezon, the capital city of Manila.

Residents claimed that more than two weeks had passed since Lockdown was imposed, but they had not yet received food and other relief, after which they started protesting on a highway. 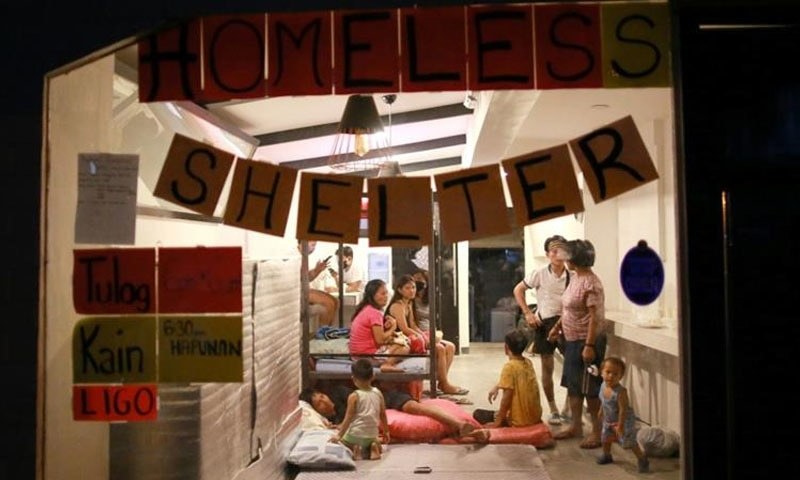 Lockdown affects poorer sections of Philippines, too: Photo: Reuters
According to the police report, the hometown security officer and police also demanded that the residents return to their homes, but they refused.

Police then used force to put an end to the protests and arrested 20 people.

According to Jocke Lopez, 47, who led the group of residents, they were forced to protest because the lockdown had nothing to eat in their homes.

Before his arrest, he said, "We are here because of hunger. We were not given any food, no food items or money. We have no work, to whom do we look?"

Another resident said the arrest of her husband and other men living in the area would make it even more difficult for people to manage their meals.

Be aware that the corona virus, which has become fatal for thousands by infecting millions around the world, is also spreading in the Philippines.

The virus has killed 96 people in the Philippines so far, while 2,911 people have been confirmed to have the disease.

The Corona virus was first reported in the Philippines on February 2 this year.

The first person killed in the Philippines from the virus was 44 years old and was from Wuhan, China.

It was later announced by the Philippines to immediately stop the arrival of foreign passengers from China.

Rabindra Abiyasinghe, a World Health Organization representative in the Philippines, said it was the first casualty report outside China.