Life revived in Vietnam after successful strategy against Corona

The partial lockdown imposed by Corona in the Southeast Asian country of Vietnam, which has been fighting the Coronavirus epidemic in a systematic and strategic manner despite limited resources, was eased in mid-April.
But by mid-May, about 75% of businesses and routines were restored.

As of the morning of May 15, not a single death had been reported in Vietnam due to corona, and the number of patients there had reached 312.

Compared to China, South Korea, and other European and Asian countries, the low-income country, despite its limited resources, has developed a successful strategy against Corona, which has not only prevented deaths but also prevented the spread of the disease.

Vietnam has a population of about 100 million and has a 1,000-kilometer-long land border with China, considered the epicenter of the Corona, while other neighboring countries in Vietnam have also seen an increase in Corona epidemics and deaths. 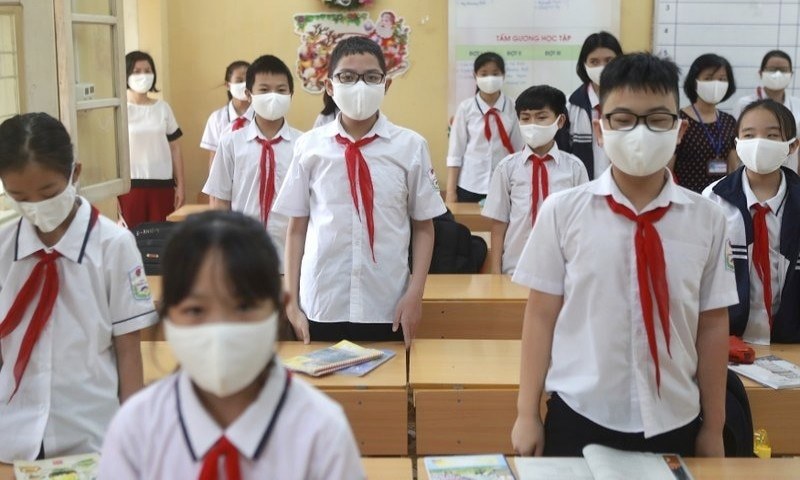 Schools opened in Vietnam
However, the Vietnamese government overcame the epidemic with a few small steps and in a very short time succeeded in fighting the big epidemic.

Vietnam quarantined citizens from abroad and allowed them to go home after testing them, while monitoring any suspected corona patient through technology and policy, including testing.

Vietnamese experts also developed their own cheap kits for the Corona test, and the government conducted a moderate test and imposed a partial lockdown in February and March, but the government completely closed some suspicious streets.

However, now that the number of cases has dropped, the government has opened up more businesses, including public transport and leisure facilities.

According to the American broadcaster CNN, no new case of Corona has come to light for several days
The Vietnamese government also restored recreational areas, public transport, and local flights, and a total of 75% of business life was restored across the country.

The government has urged people to visit as many recreational places as possible and travel locally to offset the loss of billions of dollars earned each year from tourism.