Leading Pakistani TV host, actor and politician Tariq Aziz has died at the age of 84.

Tariq Aziz started his career with Radio Pakistan and has the honor of being the first anchor of Pakistan Television (PTV).

Tariq Aziz was also a Member of the National Assembly from 1997 to 1999 and was awarded the Pride of Performance in 1992 for his technical services. 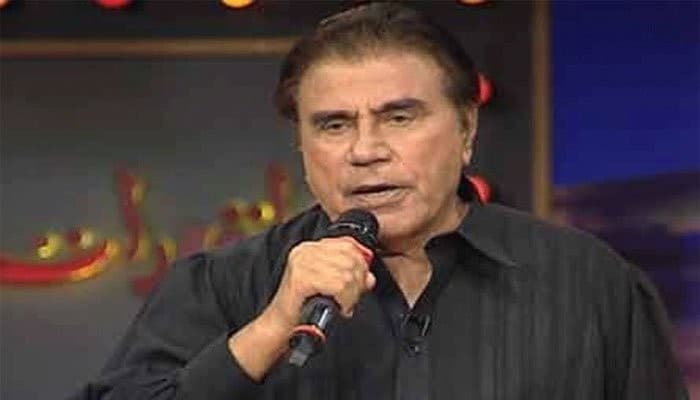 Leading actor Javed Sheikh offered condolences on the death of Tariq Aziz on private channel ARY and prayed for his high status.

Leading actor Behrooz Sabzwari called Tariq Aziz one of his teachers and said that he had the honor of making the first announcement of PTV.

He further said that Tariq Aziz's personality was very similar and there was no alternative to him. His death created a huge gap.

Behrooz Sabzwari also prayed for his high ranks and forgiveness and said that he was with me on a journey when he recited many verses with translation.

Talking to private TV ARY, renowned actor Ghulam Mohi-ud-Din said that Tariq Aziz was his role model, there was no one like him in the entire industry and the awards he received did not go to anyone.

Ghulam Mohi-ud-Din said that Tariq Aziz's programs reflected his literary taste and he remembered about 2,000 poems.

Actor Affan Waheed, entry in films after the plays