After accusations of inappropriate behavior were leveled against actress Sana Javed by various models, make-up artists, stylists and new actresses, the well-known clothing brand 'Rang Rasiya' separated the actress from its promotional campaign. Rang Rasiya said in an Instagram story on March 15 that the brand is deeply concerned over the recent allegations of misconduct against Sana Javed. 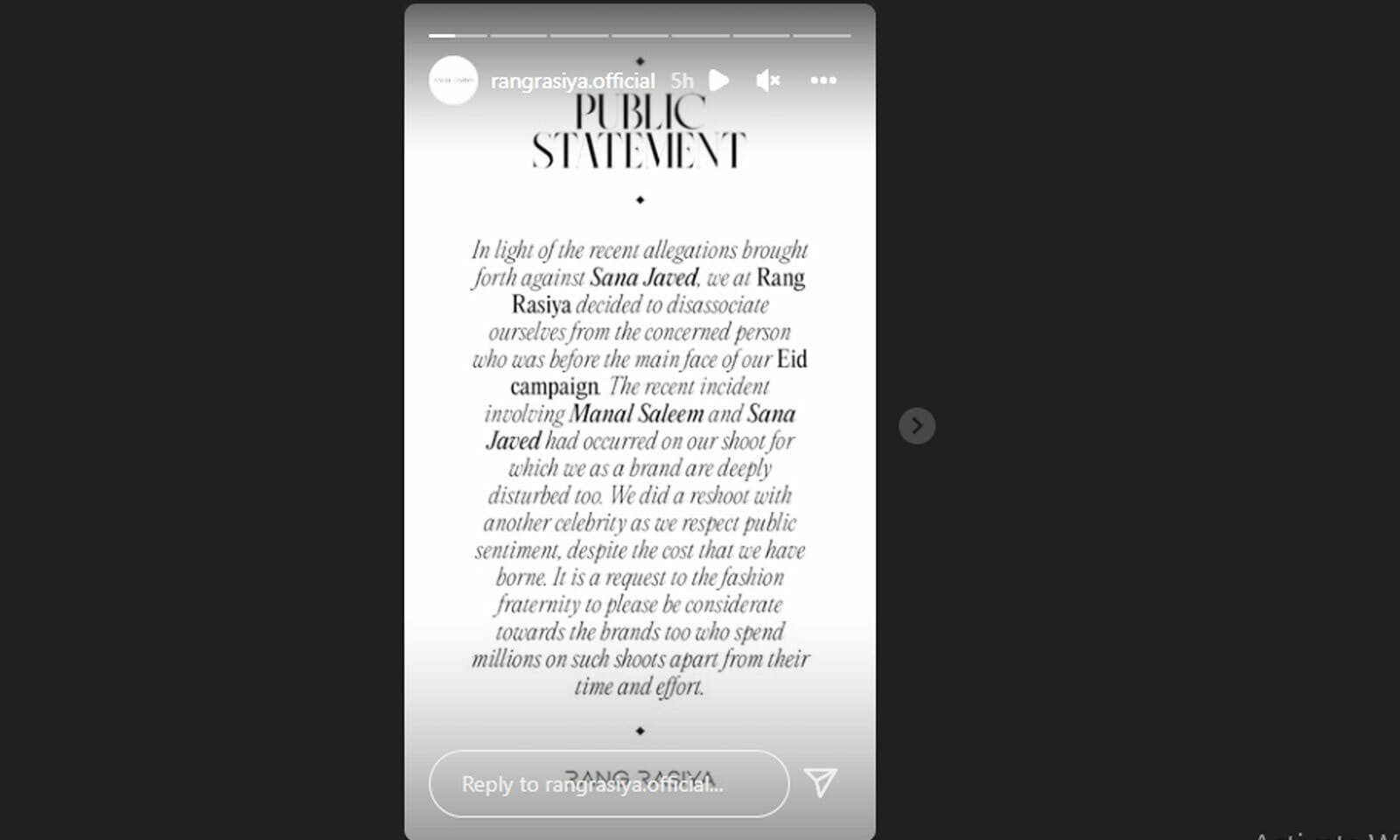 Rang Rasiya also warned other brands associated with the fashion industry on the issue and said that the brands should be careful. In her message, 'Rang Rasiya' did not consider the allegations against Sana Javed as true or false and did not say anything in this regard, however, said that after the allegations against the actress, she is being removed from the publicity campaign. Sana Javed had allegedly misbehaved with Manal Saleem during the 'Rang Rasiya' campaign.

Model Manal Saleem initially shared a story against Sana Javed on March 9 without naming her. Manal Saleem had pleaded with the brands in Instagram story that they should not be forced to work with any actress anymore, as some actresses consider models to be double-edged. She said that the actresses are stubborn to think only of themselves better, so she will not work with any actress in future. After the story was shared by her, make-up artist Umair Waqar also shared her story, however, he also did not write the name of the actress. Manal Saleem's story was also shared by make-up artist Ikram Gohar, who wrote that he knew she was talking about actress Sana Javed.

What is Citizenship Amendment Law?