Leading American rapper, singer, fashion designer, and billionaire Kanye West, who recently shocked the public by announcing his candidacy for the US presidential election, had revealed a day earlier than he had planned to divorce his wife Kim Kardashian in the past. Reuters news agency reported that Kanye West had made several revelations in the past regarding his wife Kim Kardashian in several of his tweets but later he deleted all the tweets.

Kanye West wrote in a tweet that in the past when his wife met his fellow rapper and singer MacMill, he thought of divorcing her. Kanye West did not elaborate further on the matter and soon deleted his tweet. After Kanye West's revelations, there was a lot of talk in the Western media, but now his wife Kim Kardashian has also broken her silence.

The Associated Press (AP) reported that Kim Kardashian broke the silence on her husband's remarks on her Instagram live feed after several revelations were made by her husband in tweets. In her post, TV reality star Kim Kardashian asked fans to show love and sympathy to her husband Kanye West, as he is currently suffering from mental problems. 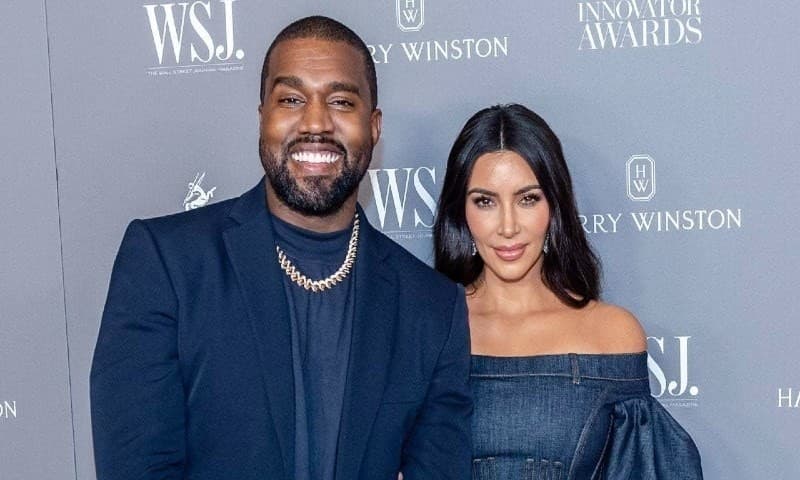 Kim Kardashian wrote in her post that since Kanye West himself has recently confessed, she is now informing the fans that her husband is suffering from depression and mental stress and problems. Kim Kardashian said she had not talked about her husband's mental state in the past because she wanted to protect her family, but now she felt that mental health problems could not be hidden.

In his post, Kim Kardashian described Kanye West as the best and most loving man, as well as an incomprehensible person. She acknowledged that Kanye West had a number of problems in her family life due to his mental health problems, but nevertheless asked fans to show sympathy and love for her husband. Although Kim Kardashian spoke at length about her husband's mental health, she did not explicitly comment on her husband's statement of divorce.

She wrote that Kanye West faced a lot of problems due to his mother's illness and being a black person and those who know him will have a good idea of ​​how good Kanye West is.

Kanye West and Kim Kardashian were married in 2014 and have four children. Kanye West recently announced his candidacy for this year's US presidential election and launched his campaign a few days ago.

Symptoms of a heart attack in women

Related Posts
Kanye West Apologized to Kim Kardashian for Bringing the Personal Matter Out
Six-storey building collapsed at Karachi
The Iranian general warned of retaliation against the US President's threat
Donald Trump strongly criticized for identifying a Whistle blower
TECNO and Discover Pakistan
Global companies are investing by the Prime Minister's efforts
NEW RELEASES OF NABEEL QURESHI AND FIZZA ALI MEERZA CONFIRMED!!!
Permission to abortion in India for up to 24 weeks