Karachi: The death toll from the building collapses to 16

KARACHI: The death toll from two buildings adjacent to an under-construction building in Gulbahar area of ​​Nazimabad has increased to 16, while more people are being trapped under debris, which could increase the number of casualties. Is.

Rescue sources confirmed the increase in casualties, adding that more bodies were removed from the debris of the building and shifted to Abbasi Shaheed Hospital in the morning while 17 people were injured in the accident.

Rizviya Society police said the multi-storeyed building was located in the flowering lane of Gulbahar-No.1, after the building collapsed, rescue workers, cut iron rods with wounds and removed the bodies from the rubble.
In this regard, officials said that buildings were also evacuated to avoid further loss of life and property. 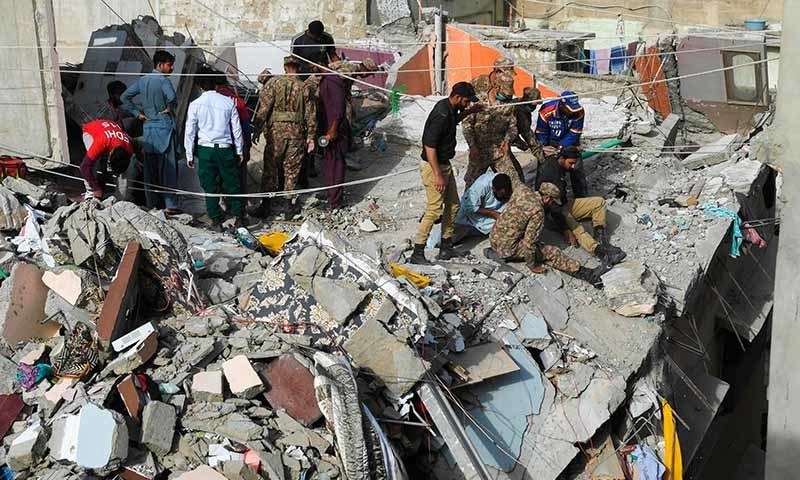 Rescue workers cut iron rods with machine-gun to remove wounds and bodies from the rubble - Photo: AFP
On the other hand, residents told the media that the five-storey Fatima Building was built about three years ago and a sixth-floor was being constructed, with 4 families living in the building.

Rescue officials said the building appears to have weakened the structure and structure.

The case was registered at the Rizvi Police Station, according to which the incident was reported at 12 noon and 25 minutes. 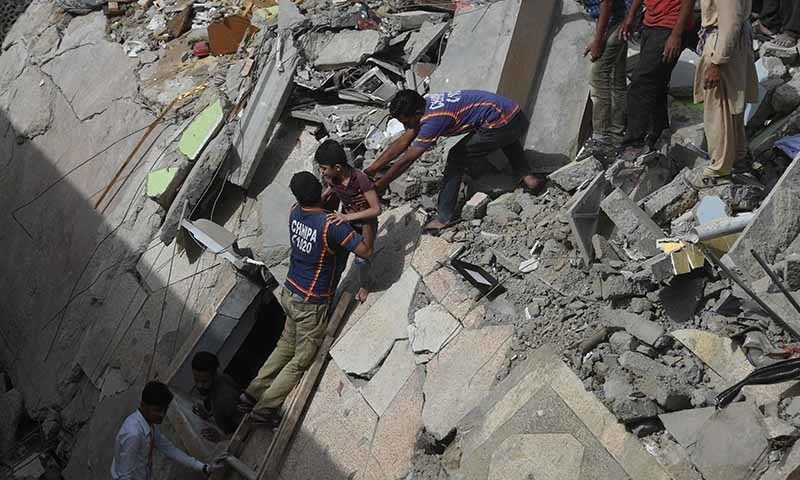 Buildings were also evacuated to avoid further loss of life and property - Photo: FFP
According to the FIR, the building is owned by a man named Mohammad Javed Khan who works on the construction and he also built the above Ground Plus 4 building.

According to the FIR, officials of state departments did not even meet the legal requirements regarding the construction of the building.

Decision to open milk, yogurt shops and oven in the sehri

Take Exercise and get a free train ticket, Minister Railway