Federal Minister for Aviation Ghulam Sarwar Khan blamed the pilot and the air traffic controller both said that Pakistan International Airlines (PIA) in Karachi did not follow the normal procedure for a passenger plane crash. “Corona was on the minds of the pilot and co-pilot, we had to go through the tragedy due to overconfidence and attention," he said.

Presenting an interim report on the Karachi plane crash in the National Assembly session, Ghulam Sarwar Khan said that according to the initial report, the ill-fated plane was 100 % fit for flight and there were no technical glitches. He said flights were suspended due to the coronavirus and the plane took off for its first flight on May 7 and crashed on May 22, during which time it completed six successful flights, including five flights from Lahore to Karachi and from Karachi to Lahore and one was for Sharjah.

The Federal Minister said that both the pilots, the captain, and the co-pilot were experienced and were medically fit to fly the aircraft. Ghulam Sarwar Khan said that according to the preliminary investigation report, the pilot had not identified any technical defect on the final approach, but no defect was identified even when he came to the landing position. 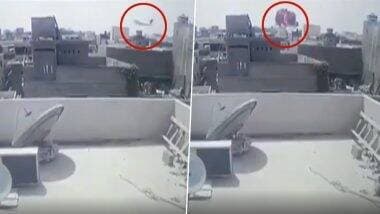 The height of the plane was too high

Releasing an interim report, he said the plane was supposed to be at an altitude of about 2,500 feet, 10 miles from the runway, while preliminary investigations and records show the plane was at an altitude of 7,220 feet at the time. There was an irregularity. He said the voice recorded that the Air Traffic Controller (ATC) had drawn the pilot's attention three times to the fact that its altitude was still high and the pilot was told not to take a landing position but to take another detour. Come on, but the pilot ignored the controller's instructions.

Continuing, he said that the aircraft is given a flexible position on the runway that can land at 1500 to 3000 feet, he said that the length of the runway is 1100 feet and in principle the aircraft touch down at 1500 to 3000 feet. The Federal Minister said that the plane without landing gears touched down the engine 3 times at 4500 feet and kept rubbing on the runway from 3000 to 4000 feet in which the engine was severely damaged. The pilot flew the plane again without any instructions and the pilot did not take any instructions which were a mistake on both sides.

Ghulam Sarwar Khan said that it was also the fault of ATC that when they saw the plane touching down on the engine and seeing the fire coming out, they should have been informed but the control tower did not inform the pilot and the pilot Took off again.

Pilot and air traffic controller did not follow the usual procedure

The Federal Minister said that according to the preliminary investigation report, both the pilot and the air traffic controller did not follow the usual procedure, on the one hand, the pilot ignored the instructions of ATC and on the other hand, the controller not reported the friction of the engine and damage at the runway.

He said, "It's sad to say that I listened to the whole conversation with the voice recorder, especially the last half hour, and after going to the cockpit, the pilot mentioned Allah 3 times, but unfortunately the pilot,". And the co-pilot's whole conversation was about Corona.

The Aviation Minister continued that the pilot and co-pilot were not focused, they had Corona on their minds, their family was affected and they were talking about Corona when the plane landed at the control position. The tower said you are at a higher altitude. Come down. The pilot quickly heard the call and said I will handle it and then started talking to Corona.

Related Posts
Germany: Detained Right-wing group plans to attack mosque
TECNO Camon 17 Becomes the New Favorite Smartphone Among Photographers
Life revived in Vietnam after successful strategy against Corona
In the morning, these nutritional tips strengthen the immune system against code 19
Hajj cancellation due to corona has not been decided: Saudi ambassador
Petrol is in plenty, don't be intimidated by rumors, PSO
3 Palestinians killed in clashes with Israeli army
Advertiser arrested for selling Nigerian girl on Facebook