Kanye West, who abruptly announced his candidacy for the US presidency last July, could face an investigation into allegations that he submitted fake documents to register as a candidate. Rapper, singer, fashion designer, and musician Kanye West announced his candidacy for the presidency on July 5 last month. He then obtained the presidential candidate's registration documents from the US state of Oklahoma on July 16 for 35,000 $.

Kanye West began his presidential campaign on July 20, a few days after receiving nomination papers from Oklahoma. Kanye West made a number of promises while addressing his first rally on July 20 in Charleston, South Carolina. Kanye West later submitted documents as an independent candidate from a total of 10 states, including his home state of Illinois. 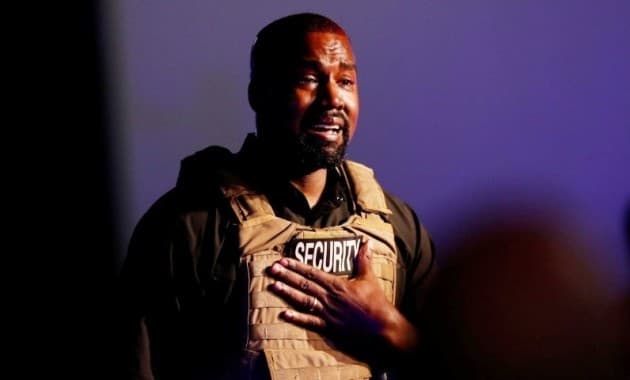 The report said that Kanye West's team withdrew the application after they came to know that some of the documents in the nomination forms submitted by them were unverified and forged. It has been revealed that out of 3,000 signatures and addresses of local voters submitted for nomination forms by Kanye West's team, about 2,000 signatures and addresses turned out to be fake.

Illinois state law requires a presidential candidate to have the support of at least 2,500 registered voters, and the candidate must submit the voter's signature and their home address to the election office as evidence. However, 2,000 of the documents submitted by pro-Kanye West voters were found to be fake, incomplete and unverified, after which Kanye West withdrew his registration application. A fraud case could be filed against them.

In this regard, the showbiz website Vanity Fair said that the signatures and address documents of the supporting voters by Kanye West's team turned out to be unverified and forged, which could lead to Kanye West facing a fraud case. The report said that although officials at the Illinois Election Office have not yet filed a fraud case against Kanye West, there are indications that he could face fraud charges.

Although the Kanye West team has withdrawn the application for nomination forms from Illinois, they still have until August 21 this month to re-submit the application with the documents and addresses of the authentic voters. Showbiz website HypeBest also cited a tweet from CNN's White House correspondent in its report, saying it was possible that Kanye West could be charged with fraud for submitting fake documents.

It should be noted that the election for the 46th President of the United States will be held on November 3 this year. The race for the new president, however, will be between Republican Donald Trump and Democratic Joe Biden. However, apart from the two candidates and Kanye West, independent candidates including candidates from other smaller political parties will also contest.

All the presidential candidates have started their election campaigns and are addressing rallies and conferences in various cities.

Related Posts
Power Sector Inquiry Committee, suggestions for improvement in power sector, presented to PM
Decision to provide uninterrupted supply of electricity during Sahar and Iftar, Taraweeh prayers
36,000 employees likely to be suspended from British Airways
Airlines begin cancelling their flights to China
Limited operation of domestic flights likely to be resumed
PIA new administration measures reduces the deficit
Pakistan's efforts for security, peace in the region are laudable, Secretary General UN
What is the global epidemic, when is it announced and why?