Earlier, her ex-husband Johnny Depp had recorded his statement in the court, in which he had denied all the allegations of violence levelled by Amber Heard and levelled several allegations against his ex-wife. Although the case is not directly between Amber Heard and Johnny Depp, the main point of the case is the relationship, marriage and divorce due to violence in both. The case was filed by Johnny Depp in 2018 against the British newspaper The Sun. 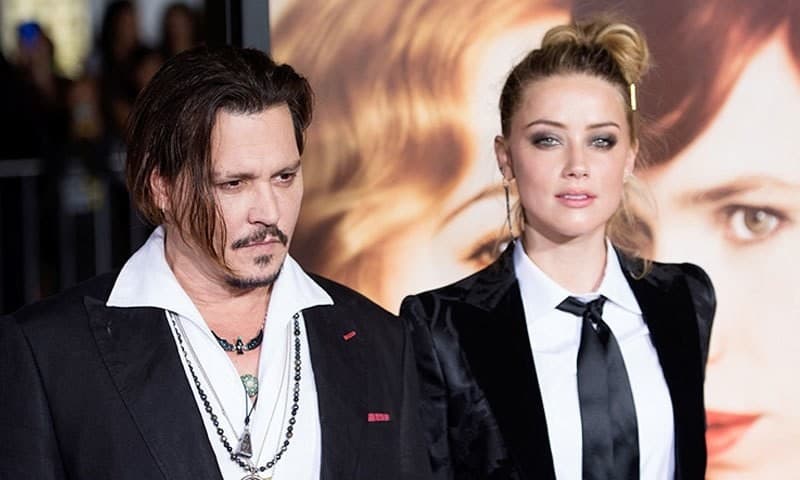 The actor had filed a lawsuit in a London court in April 2018 against the British newspaper The Sun for writing a false article. In its article, The Sun called Johnny Depp a "wife abuser" and wrote about how Johnny Depp tortured his wife the worst. While Johnny Depp was shown as a man who abused his wife, his ex-wife Amber Heard was also described as an oppressed woman.

Following the newspaper's publication of the article, Johnny Depp filed a lawsuit against the newspaper in a British court, claiming 200,000 Euro in damages. The Sun had also filed a petition in the court seeking dismissal of the same case, but the court rejected the newspaper's request. Several women in support of Johnny Depp in the case also recorded statements and told the court that they had never seen the actor tortured.

In the first hearing of the same case, on July 7, Johnny Depp once again denied all the allegations of violence against his ex-wife Amber Heard and told the court that the actress, who was half his age, married him under the agenda and gained wealth and fame.

The actor had denied the allegations of violence against Amber Heard, saying that his ex-wife had tortured him.

World Health Organization is biased with China, US President

Related Posts
Baby girl Born in the US Space Named Sky
Rumors turned into reality, Asim Azhar and Merab Ali got engaged
Turkey threatens Russia "if the agreement was violated, we have Plan B"
The Financial Action Task Force (FATF) will not blacklist Pakistan
Disciplinary action will be taken against the beneficiaries of BISP
Taliban denies links to al-Qaeda, Security Council report rejected
Zafar Sarfraz The first cricketer to die in the world with the Coronavirus
Audit of all sugar and flour mills was 'impossible' for commission till April 25: Govt