The government has issued orders to the Israeli intelligence agency Mossad, one of the world's top secret agencies, to support the government in this period of the rapid spread of the Coronavirus.

The Israeli government has issued instructions to its intelligence agency to arrange ventilators, face masks and medical clothing for medical staff from anywhere in the world, by any means and in any way.

Israeli newspaper The Times of Israel reported in its report that the intelligence agency Mossad told the government March 30 that the agency had obtained 27 more ventilators, while the secret agency was trying to obtain more ventilators.

The report said that Mossad had previously provided other medical devices and test kits, including ventilators, to the Israeli government.

According to the report, the Israeli government had given Mossad the target of obtaining medical devices from anywhere in the world, in any way and by any means, at the time of the outbreak of the Coronavirus, and in this regard, the intelligence agency has so far Have played an important role.

Mossad did not provide further information to the government on providing the said medical devices, nor was the intelligence agency obliged to tell the government on what terms he obtained it from which country.

According to the Times of Israel, since Mossad has been given the task of medical devices to deal with the Coronavirus, Israel has received 160 ventilators, while Mossad was the first to provide Corona test kits to the government.

Initially, Mossad provided the government with one lakh corona test, after which the intelligence agency worked with more skill to arrange 4 million test kits for the government.

At the moment, Mossad is also providing its mask with ventilators for a face mask and medical staff from around the world to fight Corona, but it is unclear how and from which countries Mossad has these devices.

Coronavirus is spreading rapidly in Israel and the total number of ventilators is up to 2800 and experts have demanded to ensure at least 5,000 ventilators in the country.

Israeli politicians also claimed a few weeks ago that they had come close to developing the Coronavirus prevention vaccine, but no such announcement was made by Israel yet, such as a face mask with Israeli ventilators. He is also facing a shortage of things.

Israeli Prime Minister Benjamin Netanyahu's female aide also fell to Corona on March 30, after which it was feared that the prime minister would be tested as well, but the government has yet to do so.

The female assistant Specialist was the victim of Corona when her husband suffered Corona. 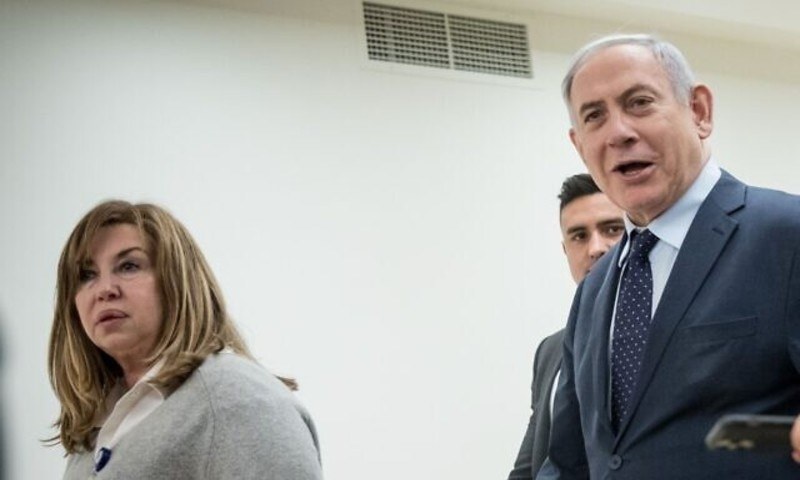 The female aide even met with the Israeli Prime Minister a few days ago - Photo: Times of Israel