Is Naheed Akhtar Returning to the World of Singing?

Leading Pakistani legend Naheed Akhtar, who made a name for herself in the music world in the 70's and 80's with her humorous voice, has said goodbye to singing years ago. But recently a video of Naheed Akhtar was shared on social media by a female journalist in which she is awakening the magic of her voice. In the video shared by Ambreen Fatima, singer Naheed Fatima can be seen singing the song 'Tujhe Pyaar Karte Karte' sung in the Pakistani film 'Mera Naam Hai Mohabbat'.

The movie Mera Naam Hai Mohabbat was released in 1975 and its songs became very popular. After a long time, listening to this song in the voice of Naheed Akhtar, the fans are expressing happiness that maybe she will return to the world of singing. A user named Kabir Ahmad Khan wrote that he was very happy and surprised to see it after a long time.

A user named Sajid Rafique wrote that if you have any other clip of Naheed Akhtar like this, please send it.

A user named Shehzad wrote that there is still freshness and tone in the voice.

Legendary singer Naheed Akhtar sang her first song for Radio Pakistan in 1970, after which she evoked the magic of her voice in several Pakistani films and dramas.

He sang the song 'Deewana Dil' from the movie 'Nanha Farshta' released in 1974 and the movie 'Shama' was also released in the same year in which 'Kisi Mehraban Ne Aake' added four moons to her popularity. 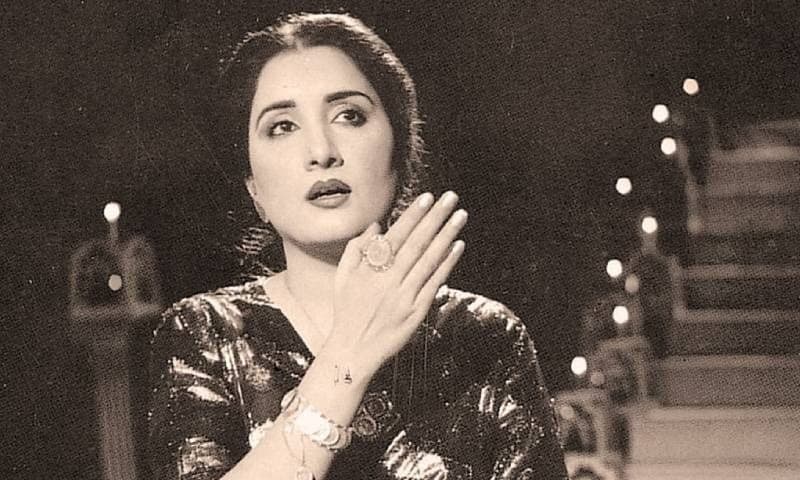 She also became popular as a well-known singer in the Pakistani film industry and her popularity soared in the 1980s. Naheed Akhtar has married the playwright Asif Ali Puta and quits singing in 1991.

Later, in 2013, she sang some of her songs at a function organized by the Lahore Arts Council to pay tribute to her. At the same time, she had said that she would return to the field of singing after a complete plan, but even then, she did not return.

Legendary singer Naheed Akhtar was awarded the Medal of Excellence by the Government of Pakistan in 2007 in recognition of her services. She has also won the Nigar Film Award for Best Singer, the Best Singer Award from PTV, the Kamal Art Award from Al-Hamra Arts Council, and the Lifetime Achievement Award from Lux Style Awards.

Related Posts
China rejects Indian claim of having military equipment on Karachi ships
Only Informed on the Army Act Amendment Bill in London, Khawaja Asif
Chinese President Xi Jinping says his country is battling a 'devil' Corona virus
Corona virus has not been transmitted from person to person in the country till now, Zafar Mirza
Converting to Islam Korean Singer Dawood Kim Arrives in Pakistan
Pakistani Scientist has Discovered Symptoms of life on Saturn
The Saudi capital, Riyadh, has been attributed to women
United States announces to provide $ 1 million dollar to Pakistan