A former U.S. Navy officer is returning home after being released from prison in Iran.

Michael White was convicted last year of undisclosed charges. However, he was temporarily released in March for medical reasons and handed over to the Swiss embassy. He was arrested in 2018 after a trip to Mashhad, Iran, to meet his girlfriend. His release comes as Iran's foreign minister announced the release of an Iranian doctor from the United States.

However, U.S. officials have not yet confirmed the release of Majid Tahiri. A third man, Seroz Asghari, an Iranian scientist imprisoned in the United States, was sent to Iran by the United States earlier this week. Serouz Asghari hailed from Tehran and was charged in 2016 with attempting to steal classified information from an American university. But then in November, he was acquitted of the charges. 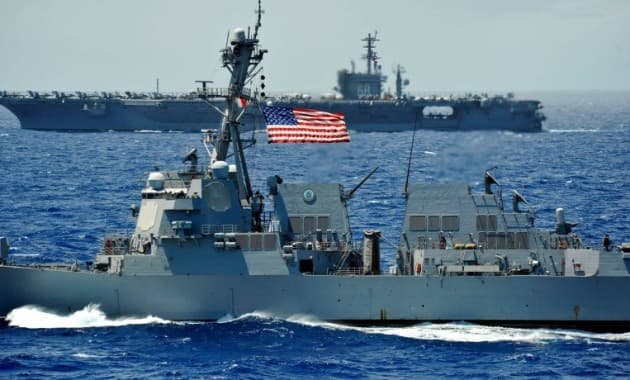 Although the United States has so far refused to exchange prisoners directly, the release is a rare example of cooperation between the United States and Iran. U.S. President Donald Trump on Thursday confirmed the release of Michael White. They were flown from Iran on a Swiss ship.
President Trump said in a Twitter message that he would never stop working for the safe release of Americans held hostage abroad.

I just got off the phone with former American hostage Michael White, who is now in Zurich after being released from Iran. He will be on a U.S. plane shortly, and is COMING HOME...

"My son has been held hostage by Revolutionary Guards in Iran for 683 days, and I was living a nightmare," White's mother said in a statement. '

Mr. White's mother said the nightmare was over, and my son was returning home safely.
President Trump and the released U.S. Navy official have thanked the Swedish government for its support. He is 48 years old and is one of at least six Americans imprisoned inside Iran or on bail.

They were handed over to the Swedish embassy on medical grounds in March after several prisoners were released due to fears of an outbreak of the Corona epidemic. His family says he visited Iran several times before his arrest in 2018. On Thursday, U.S. Secretary of State Mike Pompeo said he and Michael's family were looking forward to his return.

"We will not leave China until we bring our captives from Iran and around the world home to their loved ones," he added. In December, the United States and Iran exchanged prisoners in an unusual move. Chinese-American researcher Mr. Wang and Iranian scientist Massoud Soleimani were released.

Relations between the two countries have been strained since the United States withdrew from the nuclear deal with Iran. But tensions escalated in January this year when the United States killed Iran's top commander, General Soleimani, in a drone strike in Iraq.

In response, Iran fired a ballistic missile at a U.S. military base in Iraq.

Related Posts
Iran has rejected video of the shootings on protesters circulating
PEMRA urged the channels to mobilize the entire nation against the Coronavirus
The Ministry of Religious Affairs has notified the newly formed National Commission for Minorities
Fakhar-e-Alam's Car Crashed While Going for Shooting
Not only Sana Javed, many actresses are 'bad behavior ', Amna Malik
Matriculation, Inter students in Sindh to be promoted to next class without examinations
South Sudan: Only 4 ventilators for 12 million people
France: Pastor imprisoned for 5 years in church sex scandal