In Turkey, protests against the government's proposed new law have begun, and human rights organizations, including opposition parties, have demanded the government to withdraw the proposed bill.

The Turkish government January 16 presented a proposed bill in parliament this month for discussion, under which a rapist for "girls" and "women" could be forgiven for marrying an affected woman.

This is the second time that the government has introduced a controversial bill before the same bill was introduced four years ago in 2016 against which mass protests have started.

The government withdrew the bill four years ago after intense protests against the proposed controversial bill, but now again the government has proposed a bill similar to the old one.

According to the British newspaper The Guardian, the government's proposed bill will be presented to the parliament once again for debate by the end of January, but protests have already begun before the bill is presented to parliament again. 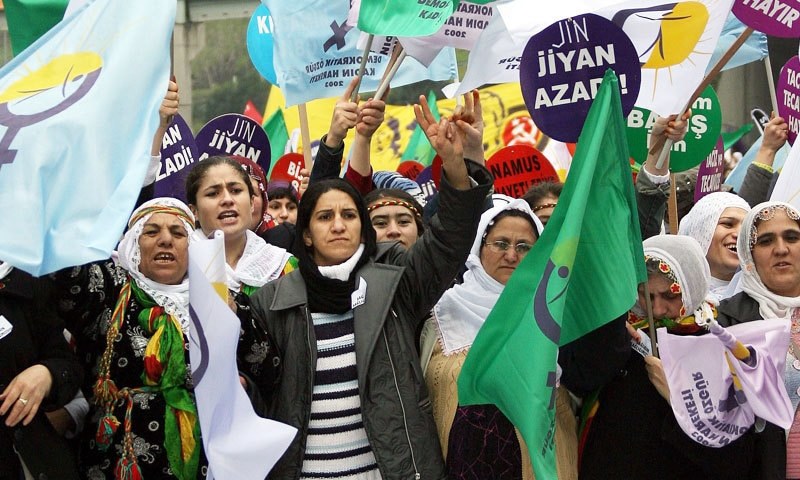 Young girls present in protest against the proposed bill - Photo: The Independent
Opposition parties opposing the bill and organizations working for human rights and women's rights have called on the government to withdraw the bill.

According to individuals and organizations protesting the bill, Turkey will go back 70 years after the proposed bill becomes law.

Opponents of the bill say that now that stricter laws and penalties are being introduced against 'rap' people all over the world, the Turkish government plans to pardon those who 'sexually abuse children'.

Under the proposed bill, minors and rapists of underage girls could be forgiven on one condition and could avoid punishment.

Under the proposed bill, if the 'rap' person marries the victim, he will not be punished, but under the bill, the accused 'rap' will have to convince the affected woman or girl.

Proposed bills found anger over people's proposal to waive off girls and women rapists on condition of marriage to affected women, and the women's rights organization, which calls the bill a child marriage.

According to social and human rights leaders, the proposed bill, where sexual violence against women and children will increase, will also include underage marriages and women will be forced to marry an abusive person who exploits them.

The bill will be approved after discussion in Parliament

Related Posts
Thomas L. Vajda appointed new US ambassador to South Asia
Office Hours, Announcement of Great Facility for Women
Punjab Government dissatisfied with Nawaz Sharif's medical reports
US Defense Secretary postpones visit to India and Pakistan due to Corona virus
Flour crisis: Opposition demands from government to apologize over 'mocking' of public
All three Bollywood Khans do break silence on controversial citizenship law
The accused disappeared after taking the baby by pretending to be his grandmother
PESHAWAR: An uncle shot dead his youngest niece while making a fuss