In Australia, the dog rescues all sheep and described as a 'hero'
Brisbane / Perth: A devastating fire in Australia's forests has killed more than 500 million animals, but meanwhile a puppy has made a successful attempt to rescue the sheep from the blazing fire, which has been declared a hero.

Also Read: Australia Zoo Fires Firefighters, Employees Take Animals Home
Australian forests have been on fire since September last year, and people around the world are trying to extinguish it. In this context, Patsy, a six-year-old puppy, also won the hearts of the world, taking the whole flock of sheep away from the fire and saving it from burning.
Patsy noticed that her owner was trying to extinguish the flames approaching the field. After that, the dog saw that many sheep on the farm were disturbed. The fire is coming near, and there is no one to save them.

Also read: Australia's Forest Fires Devastate Thousands Of People
Quickly making a decision, the dog jumped into another field and tried to push the sheep around in a circle. The dog thus removed all the livestock to a safe place.
After that, the dog attracted the owner and both of them not only rescued the blind sheep but also managed to keep the farm away from the fire even when there was a small house in the farmhouse and the grains, etc., was also saved.
Following the incident, people have called the dog a hero who has done his utmost to save wildlife. 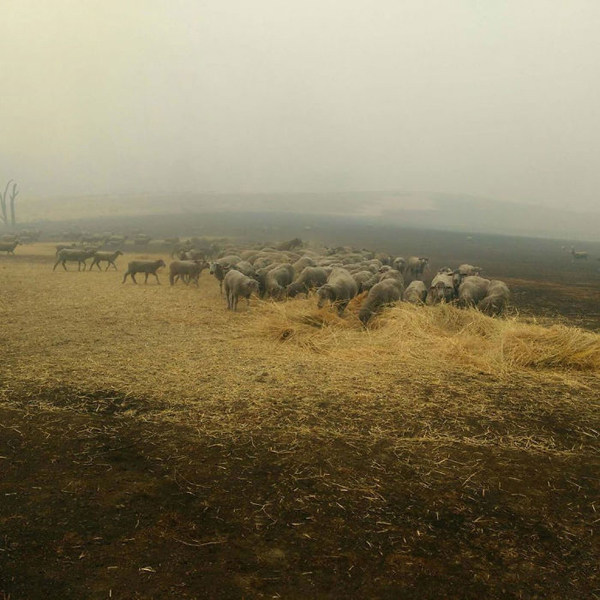 It is better for India to focus on its internal issues, the Foreign Office spokesperson