It may be recalled that the appointment of Vidya Khalil, chairperson of the Competition Commission of Pakistan (CCP) and its members Dr. Muhammad Saleem and Dr. Shehzad Ansar was declared unconstitutional by the Islamabad High Court.

The court had said in its order that the appointments were not submitted to the federal cabinet for consideration but using the delegated powers, the prime minister had approved the proposal of the then finance minister in which the cabinet was bypassed. 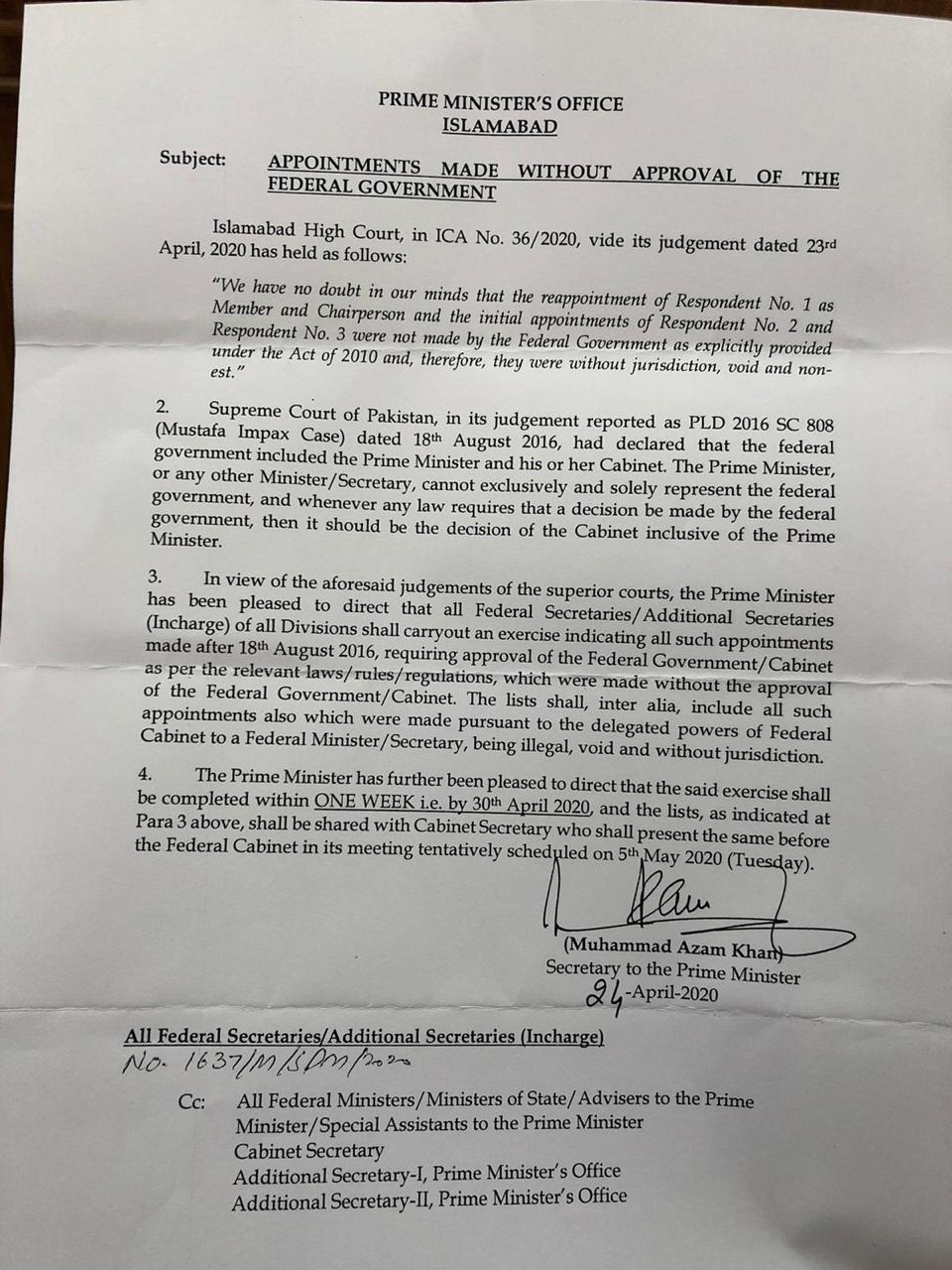 The Supreme Court had ruled on August 18, 2016, that the federal government refers to the Prime Minister and his cabinet and that only the prime minister or any minister or secretary can represent the federal cabinet alone.

Therefore, under the aforesaid High Court orders, Prime Minister Imran Khan directed all Federal Secretaries, Additional Secretaries, in-charge of all departments to submit details of all such appointments after August 18, 2016, for which Cabinet or Federal Government approval Was required and was appointed without this approval.

The list was also directed to include all appointments made by delegating the powers of the federal cabinet to a federal minister or secretary without jurisdiction.

The Prime Minister directed that all these proceedings are completed within a week ie April 30 and the lists prepared to be presented at the Cabinet meeting on May 5.

The World Bank approves $ 700 million for the Dasu Hydropower Project

Related Posts
The Bollywood filmmaker had offered 'Item Song', Sania Mirza
An increase in the purchase of wheat is likely to increase the subsidy burden
Amnesty International strongly oppose the death penalty of Pervaiz Musharaf
Musharaf Hero Of Pakistan Top Trend on Twitter
Criticism of Qasim Ali Shah over statement about 'good' wife
cabinet approved 15 out of 16 points
Indian Twitter Users Consider Ahad Raza Mir to Be a Real Military Officer
Meghan Markle Will Vote in This Year's US Presidential Election