The clothes hanging from the pictures of Pakistan Tehreek-e-Insaf (PTI) chairman Imran Khan have been put up for sale again by fashion house 'Karma' after 9 years. Karma initially introduced the Imran Khan kurta in 2013, which became very popular during the general elections and was worn by PTI workers at meetings and rallies. At that time, the kurta was offered for sale in different colors, on which pictures of Imran Khan were hung.

Now the fashion house 'Karma' has offered these kurtas for sale again and claimed that the demand for these kurtas has increased.

The fashion house has reintroduced the old kurtas at a time when the recent no-confidence motion against Imran Khan in the National Assembly was successful, after which he stepped down as Prime Minister. 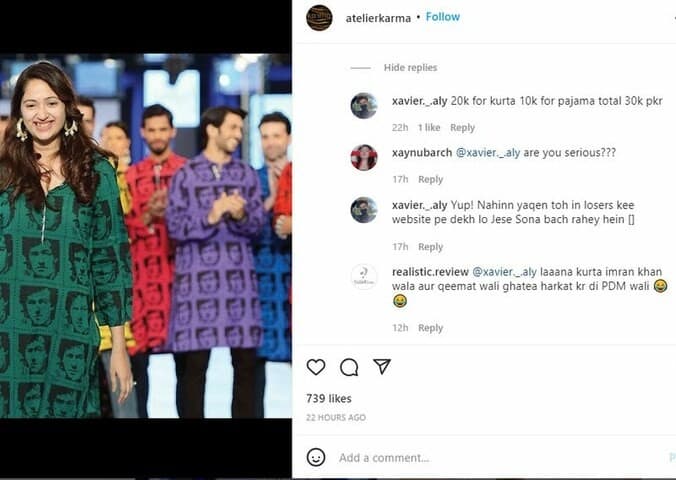 After the success of the no-confidence motion against Imran Khan and his resignation from the PM's office, the fashion house resold the kurtas with pictures of the PTI chairman for sale. However, this time the fashion house has kept the price of the kurtas very high, which is also being criticized on social media. 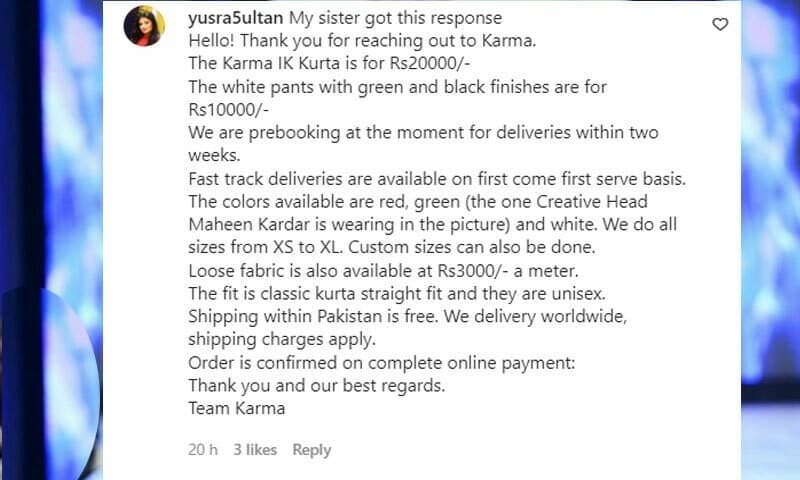 25 rupees per Kilogram increased by LPG

Supreme Court: Ministry of Defense agrees to conditional release of Inam ur Rahim

Related Posts
Land Case: Mir Shakeel ur Rehman handed over to NAB on physical remand
woman seeking a divorce from her husband
Due to political pressure, the government stopped raising gas prices
The names of the lucky ones going to Hajj will be announced tomorrow
The Prime Minister called a meeting of the National Coordination Committee today
Mike Pompeo angry on another rocket attack at a US air base in Iraq
Afghan forces claim to kill 51 Taliban in various attacks
Trump named the Coronavirus a 'Chinese virus'