ISLAMABAD: Prime Minister Imran Khan has said that Pakistan is facing two challenges at the same time, one of which is to protect the people from hunger due to the COVID 19 epidemic and the other is to keep the wheel of the country's economy running.

In a telephone conversation with Canadian Prime Minister Justin Trudeau, Prime Minister Imran Khan said that Pakistan, like other developing countries, faces a double challenge of saving lives and preventing the virus, as well as the country's economy.

The two leaders discussed the situation arising out of Covid 19 and issues of mutual interest.

According to a statement issued by the Prime Minister's Office, Imran Khan expressed his condolences on the loss of precious human lives in Canada and highlighted that the global epidemic is an unprecedented situation and requires international cooperation. 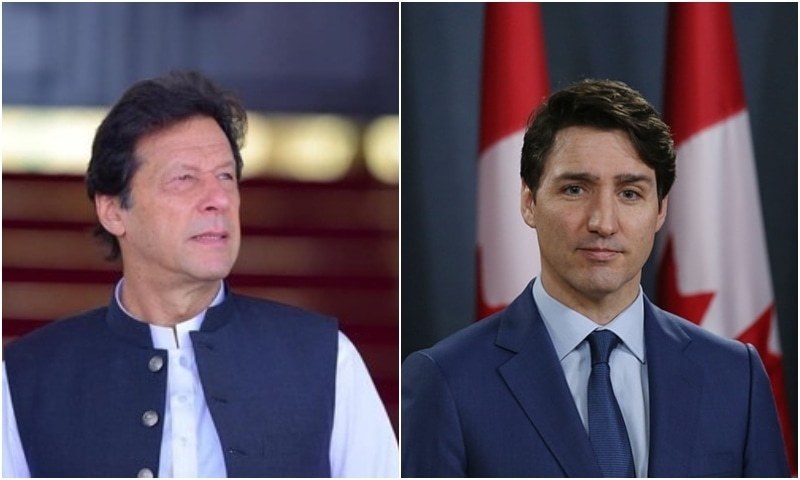 The Prime Minister thanked Canada for its support to Pakistan's participation in the G20 Group Debt Relief Project.

Emphasizing the need for financial resources for developing countries to take concerted action to save lives and address socio-economic challenges, the Prime Minister expressed hope that Canada would support the 'Global Debt Relief Plan'. ۔

The two leaders also discussed the return of stranded citizens to each other's countries and appreciated the facilities provided by both sides.

Prime Minister Imran Khan has expressed strong concerns over the targeting of Muslims in India in the wake of the Cove 19.

At the same time, he apprised his Canadian counterpart of the situation in Occupied Kashmir, where the closure of communications and lack of access to medical and other facilities is adding to the difficulties for the Kashmiri people arising from Covid 19.

The two leaders agreed to maintain close contact on all matters of common interest.