The storm has devastated several cities in eastern India, including Kolkata, and uprooted large trees in Bangladesh.

A total of six deaths have been confirmed in Bangladesh and three in India.

Restrictions on the coronavirus have hampered relief efforts, and the social isolation principle has made it difficult for the administration to evacuate large numbers of people.

It is the largest hurricane to hit the Bay of Bengal since 1999, which is expected to cause dangerous waves, although the intensity of the storm has decreased, it is still being described as a very dangerous storm.

"We estimate that areas up to 10 to 15 km from the coast could be submerged," said Meerut Anjay Mohapatra, head of India's Meteorological Department. 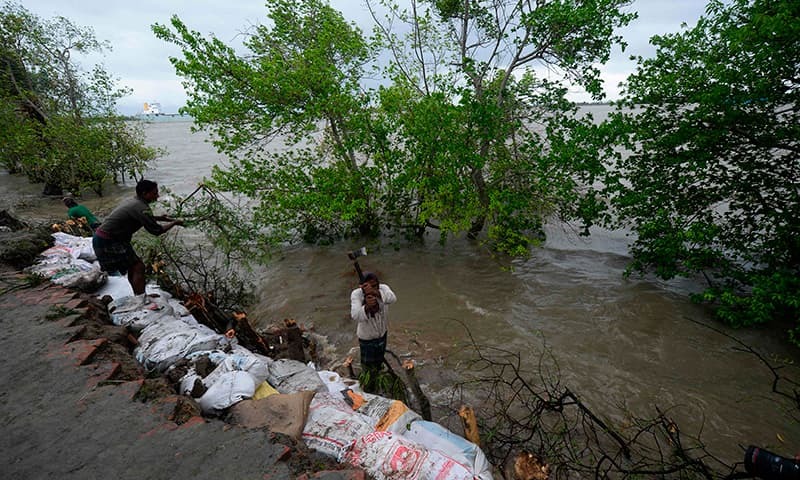 Residents of the coastal area of ​​Khulna in Bangladesh try to build a mud dam.

Typhoon Amphan first hit the Sundarbans off the coast of India and Bangladesh, but due to the presence of mangroves, there was no major catastrophe and the storm then headed for Kolkata.

The winds are blowing at a speed of 185 km per hour and the storm is likely to move towards Bhutan after heading towards Bangladesh.

Satya Narain Pardhan, director of India's National Disaster Management Response Force, said the cyclone had had a devastating effect on poor areas.
And we have received reports of the uprooting of trees, destruction of homes, telephone lines and power poles in many areas.

Kolkata residents say they have faced such cyclones and storms decades later, homes have been flooded, power transformers have exploded and power has been cut off in most areas.

On the other hand, the Bangladesh Red Cross has started evacuating people from the affected villages and areas where the boat capsized in the storm, causing the first death.

In Bangladesh, two more deaths were caused by falling trees, while in the Indian state of Orissa, a mud wall collapsed on a house, killing a child. 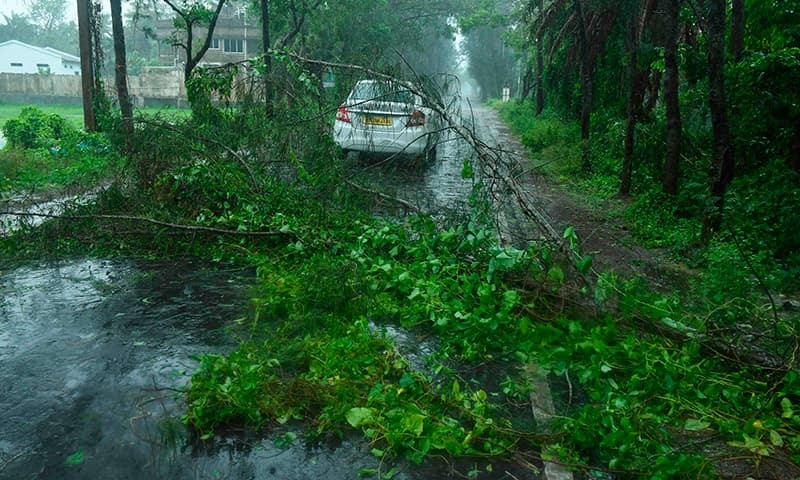 The main highway in the Indian state of Bengal has been closed due to landslides.

There was also widespread destruction in Sunderbans, and a local village resident said it felt like a bulldozer had run over houses.

In both India and Bangladesh, schools are being used to shelter people infected, but due to the social distance caused by the coronavirus, more space is needed so that people do not become infected with corona.

Bangladeshi officials fear it could be the deadliest hurricane since 2007, which killed more than 3,500 people.

The Indian Meteorological Department has forecast 10 to 16 feet high waves from the storm, which is expected to affect people living along the coast.