A French court sentenced 74-year-old pastor Bernard Perinat to five years in prison for confessing to sexual abuse of dozens of children over three decades.

According to a report by the BBC, the French priest has been convicted of sexually assaulting dozens of children in the 1970s, 1980s, and 1990s.

The report states that the 74-year-old pastor admitted that he had abused many scouts as a scout leader in Lyon.

During the hearing, he told the court that at that time he did not understand how serious or serious my crime was.

During a hearing in January this year, he said, "It took me a while to get it wrong and refrain from telling the children's ages." 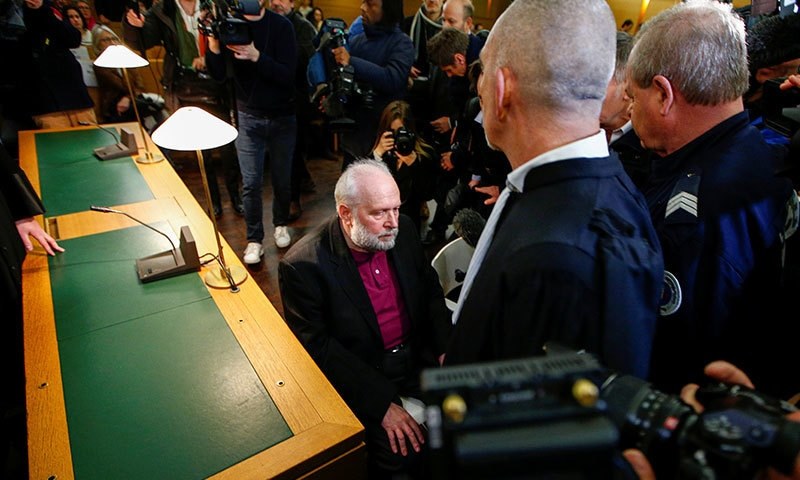 Bernard Prenat confesses to the crime - Photo: Reuters
According to the report, Bernard Prenat abused at least 80 children between the ages of 7 to 15 years from 1971 to 1991, and during the four-day hearing, the testimony of 10 victims was recorded.

The prosecutor asked the court to sentence the accused to 8 years in prison, saying they had ruined the lives of the victims.

It should be noted that Bernard Prenat was dismissed as pastor last year before the church tribunal ruled that he had committed sexual acts with 16-year-old (minor) children.

According to the BBC, Philip Barberian became Archbishop of Lyon in 2002 and was initially sentenced to six months in March 2019 for failing to inform Bernard Prenat of his crime, but the Appeal Court ruled in January this year.

On the court's decision, the defendant's lawyer praised the court, saying that Philip Barberian did not compromise on justice.

Philip Barberian acknowledged that he knew of such rumors regarding Bernard Prenat in 2010 but regularly received information in 2014 after talking to an affected boy.

He said that later, Vetti had been informed of the allegations and suspended Prenat from office but did not inform the police.

Later in 2015, the allegations became public and Pope Francis accepted the resignation of Philip Barbarian earlier this month.

Remember that in February 2019, a close associate of Pope Francis was convicted of sexually abusing children.

An Australian special secret court has convicted 77-year-old George Pell, a Vatican treasurer and a close friend of Pope Francis.

George Peel has been convicted of sexually assaulting 12 and 13-year-olds in the Church of Melbourne, Australia, and making at least 4 child pornography appearances during the 1990s.

George Peel, one of two sexually assaulted children, was killed in 2014 due to excessive drug addiction.

The family of the deceased child alleged that they had suffered psychological problems after being subjected to sexual abuse, which led to them being addicted.

George Peel always denied the charges against him.

George Peel was not only the most influential pastor of Australia but he was also included in the Vatican's highest office.

Harvey Weinstein was sentenced to 23 years in a rap case

Related Posts
Kuwait directs people to pray in their homes through the Azan
Justice Asif Saeed Khosa Says the Law is Powerful only in front of us
Two new polio cases have come in the country, bringing the number to 27
Iran responds to missile attacks on US military bases in Iraq
What is Citizenship Amendment Law?
NAB approve of filing new references Against Zardari, Nawaz Sharif and Yousuf Gilani
Goods Transporters announced the end of the strike
The federal government has made it clear that the lockdown option is not under consideration