Balochistan Assemblymember and former governor Syed Fazal Agha died at a private hospital in Karachi after contracting the coronavirus.

Speaking on the condition of anonymity, a doctor at Fatima Jinnah Chest Hospital Quetta said that Syed Fazal Agha was initially brought to the hospital for treatment.

However, after his condition deteriorated, he was shifted to Karachi.

A relative of Syed Fazal Agha also confirmed that his corona test was positive.

Syed Fazal Agha was also a member of Jamiat Ulema-e-Islam (JUI-F) in the Balochistan Assembly.

He was the Governor of Balochistan from 1997 to 1999 and also served as the Deputy Chairman of the Senate in the late '80s.

It may be recalled that Shaheen Raza, a member of Pakistan Tehreek-e-Insaf (PTI) Punjab Assembly, also died of Coronavirus on Wednesday.

Shaheen Raza, 60, was first admitted to the Civil Hospital in Gujranwala on May 17 after falling ill but was shifted to Mayo Hospital in Lahore three days ago due to ill health.

The doctors treating her said that she was also suffering from diabetes and high blood pressure.

It should be noted that the coronavirus came to light in Pakistan at the end of February, after which its spread is not only continuing but also accelerating. 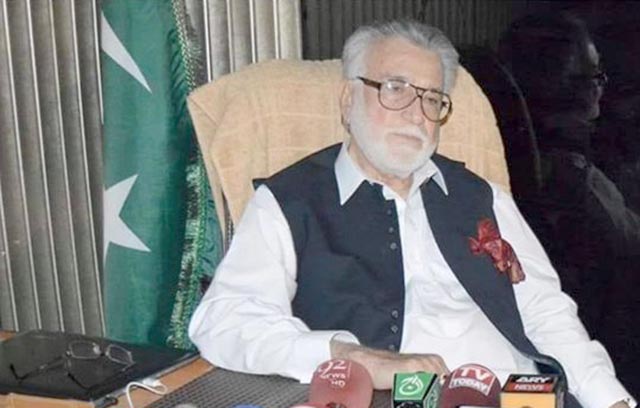 The first prominent person to die from the virus was the brother-in-law of Sindh Chief Minister Syed Murad Ali Shah, while the first affected politician was Saeed Ghani, the provincial minister of the Pakistan People's Party.

Related Posts
The Prime Minister called a meeting of the National Coordination Committee today
The government is considering including Shahbaz Sharif's name in the ECL
A 5-year-old boy, angry with his mother, went out to buy a Lamborghini
Public Representatives should keep in touch with the administration: Usman Bazdar's letter to the members of the Assembly
The first case of polio was reported in the Lakki Marwat area of ​​Khyber Pakhtunkhwa
Asian stock markets hit a seven-week high
Government plans to resume regular flights
The body of a young Girl was Recovered from the Defense area of ​​Karachi