For the first time, black blanket octopuses have been found from the Pakistani coast.
According to the WWF, and environmental survival agency, these fish hunters were met with deep seawater, which was later released by fishermen into the water.
These octopuses were found near the Sindh and Balochistan seas, with a length of about one meter and weight two to two and a half kilograms. On December 7th, Saeed Raja, a fisherman from Balochistan, received the first black octopus, which according to the WWF was the first to meet the live octopus of this generation.
In another incident, a black blanket octopus was trapped in a net of 103 nautical fisherman Amir Rehman from Ghora Bari in Sindh, which was released back into the sea. In the third case, an octopus was caught in the trap of Hasnat Khan fisherman near Cape Monz near the Sindh and Baluchistan coast, which was immediately released into the sea. 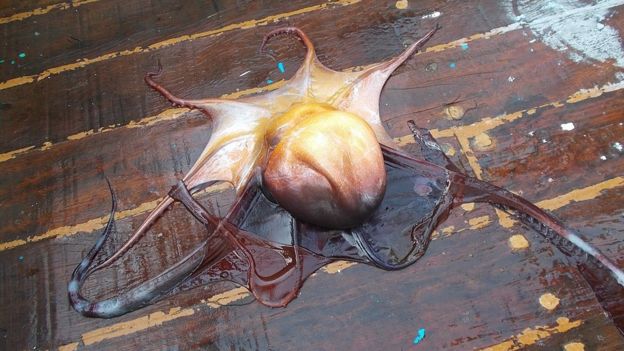 Black blanket octopuses are found in the Pacific, Ocean and Arabian Sea

An increase in the marine life of Pakistan

WWF's technical adviser, Muhammad Moazzam, told the BBC that black blanket octopuses are found in the Pacific, the Atlantic, and the Arabian Sea, but have never been reported in Pakistan. "It is an increase in the marine life of Pakistan.
'The octopus of this breed has a kind of blanket cover on it, so it's called blanket octopus. The size of the male octopus is smaller so it is less visible. That is why it is identified only by the octopus, which carries eggs and releases it in water over time. '

The beast with eight eyes and three hearts 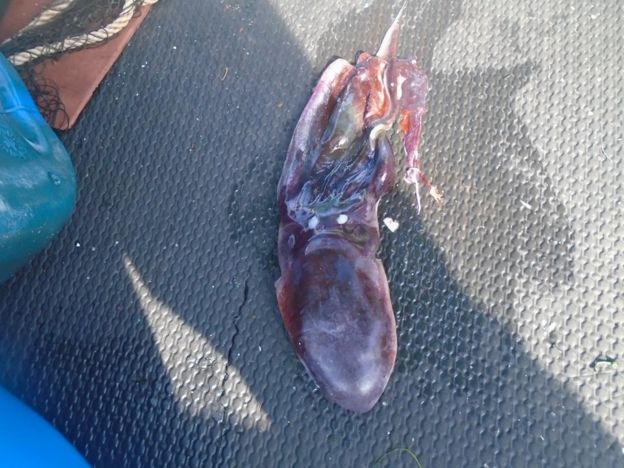 The octopus of this species has a kind of blanket cover on it, so it's called blanket octopus.
Octopus is a carnivorous animal, its diet includes small fish, shrimps, and mushrooms, while some types of jellyfish are also part of its diet.
The octopus is one of the strangest creatures in the world, with eight wings, three hearts, and blood.
Because they have no bone in size, they are capable of folding into any template; their color is black, chocolate and orange, while some octopuses have the ability to change their color. There are several types of them and the blue octopus found in Australia is poisonous, which can cause human death by biting.

WWF's technical adviser, Muhammad Moazzam, says the full range of species in Pakistan's marine life has never been fully investigated because resources are not available. 'It is difficult to say whether this creature was already here or has come later, nothing can be said.'
"We had ships decades ago that used to do research on marine life. At the present time, no one has any resources, whenever there is a living creature in the deep-sea fishing nets and send that picture”. So it is identified.

Related Posts
If arrested I will be more dangerous
Pakistan's efforts for security, peace in the region are laudable, Secretary General UN
Qatari prince accused of torturing his employee's girlfriend
'The public does not trust the system' PM Imran Khan
The decision to set up a driving school for women in Mecca
PM Imran Khan convinces US president over FATF issue: Shah Mehmood
Inflation declined to 10.2 percent in March
The US military is not a law enforcement agency in Afghanistan, Trump