Fear of Corona, people in Russia have begun to store cash

People around the world are accumulating piles of food, toilet papers and general use at home for fear of lockdown or movement restrictions due to the new Novel Coronavirus outbreak, but in Russia, people are storing cash.

According to a Bloomberg report, people have withdrawn $ 13.6 billion (about 22 trillion Pakistani rupees) from ATMs and bank branches in Russia since early March.

Within just 7 weeks, the amount was withdrawn from banks, which is more than the total number of such transactions in 2019.

According to the report, the withdrawal rate from banks increased sharply when details of measures taken by Russian President Vladimir Putin to prevent the Coronavirus were released.

For example, these measures announced the imposition of a tax on bank accounts that would amount to more than one million Russian rubles while the isolation measures were extended until May.

According to experts, the Russian people started to store money under the same fear, which is why people in other countries are storing food and public consumption goods.

"People fear that bank services will not be available during Quarantine, because of this fear they are withdrawing money fast," he said.

The cash is being stored when Russian authorities are pushing digital payments instead of currency notes on people and businesses to slow the spread of the virus. 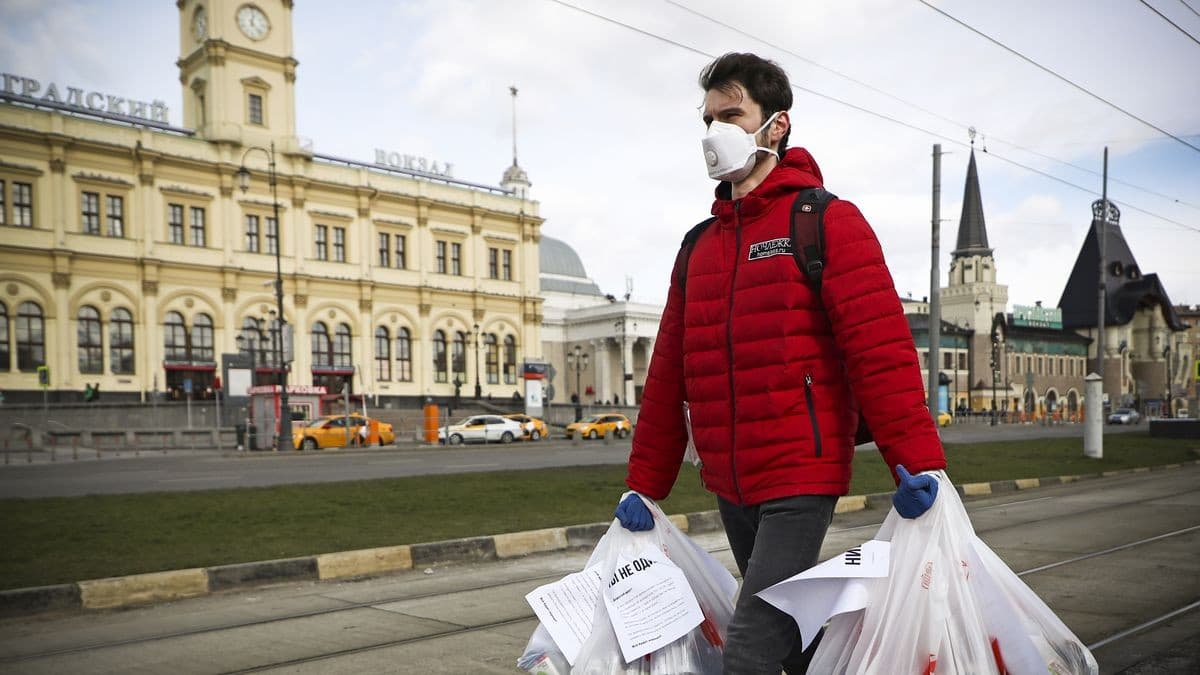 Interestingly, by the end of March, Russian authorities were claiming that there was no pandemic in the country and very few cases were confirmed.

But then the number of cases started to increase and so far 43,000 cases have been confirmed, 361 deaths and more than 3,000 have been recovered.

Russia imposed a lockdown on March 30 at the epicenter of the outbreak in Moscow, which prevented people from leaving their homes in addition to the necessary tasks, followed by restrictions in several Russian cities and regions. ۔

In the last 24 hours, more than 6,000 new cases were confirmed in Russia, the highest number of cases in a single day, but the Russian president told the nation that the situation was in control.

"We are closely analyzing the experiences of other countries, we are cooperating with our foreign friends and colleagues and understanding what the situation is," he said.

Related Posts
Prime Minister Imran Khan plans to provide jobs to deserving people
UAE and Israel Sign Agreement on Cooperation in the Film Industry
Israel began a trade war by banning the export of Palestinian goods
The voluntary repatriation of Afghan refugees was suspended due to the closure of borders
With the "Bari Eid Ki Bari Sale" Tecno Offers Significant Savings to Fans
Nation’s heartthrob becomes the new face for XIAOMI Pakistan
Land Case: Mir Shakeel ur Rehman handed over to NAB on physical remand
Property tycoon Malik Riaz did not appear in hearing of the Bahria Icon Tower Reference