After the name of her husband Ahad Raza Mir was removed from her name on Instagram by well-known actress Sajal Aly, her fans looked upset and people also prayed for her on the eve of their marriage. Sajal Aly updated her Instagram profile on March 22 and changed her name to her husband Ahad Raza Mir. Earlier, after the marriage, the actress had written her name Sajjal Ahad Mir on her account, but now she has changed it again. The name has been changed by the actress at a time when news of their separation has been circulating for the last few months and the two have not commented on such news. 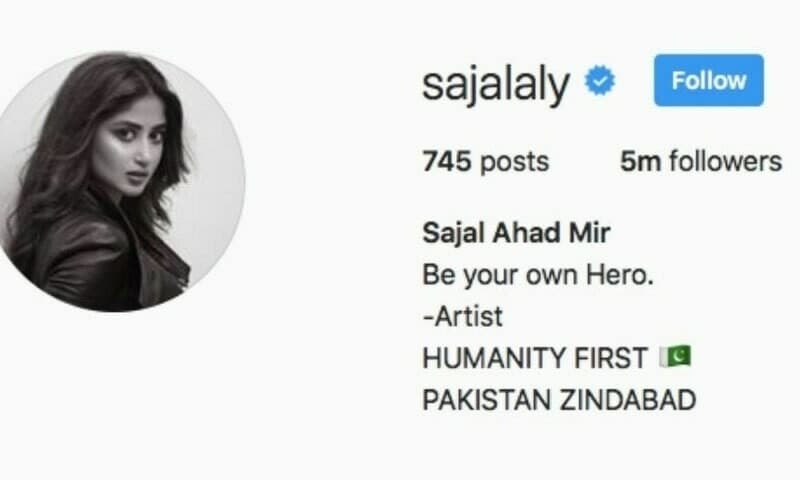 Rumors of separation and divorce have been circulating between the two for the past six months and they intensified when Ahad Raza Mir was not seen at the wedding of Sajal Aly's sister actress Saboor Ali in January this year. The two have not commented on the news of their separation and the two have not shared photos together on social media for several months now Sajal Aly has changed his name on Instagram, which has upset fans.

Yk what hurts the most? THIS 😭😭😭 I always had them in my recents cause like I went to stalk them all the time. And like I would get happy seeing Sajal Ahad Mir and Ahad Raza Mir 😭😭😭😭😭 pic.twitter.com/Sss1vk3ii7

After Sajal Aly's name change, many people expressed concern and tweeted that there should be no differences and separation between the two.

Ok so Sajal changed her username from Sajal Ahad Mir to Sajal Ali. There were many rumors but still idk how to feel about this. This is so heartbreaking. I don't have enough words. OH GOD.

Fans wrote that both deserve only love and happiness, so there should be no bad news about them.

I still believe that Sajal is pulling a Priyanka chopra and her & ahad are still together.

Some people reassured that the name change did not mean separation between the two, because before Sajal Aly, other personalities including Priyanka Chopra had also changed their names and they did not separate.

The past 4 hours have been nothing but pain-

Some fans also termed the news of Sajal Aly's name change as the worst news and expressed their concern that what happened between their favorite couple? Remember that the two were married in March 2020, their pair has been very popular in real life, including the screen. 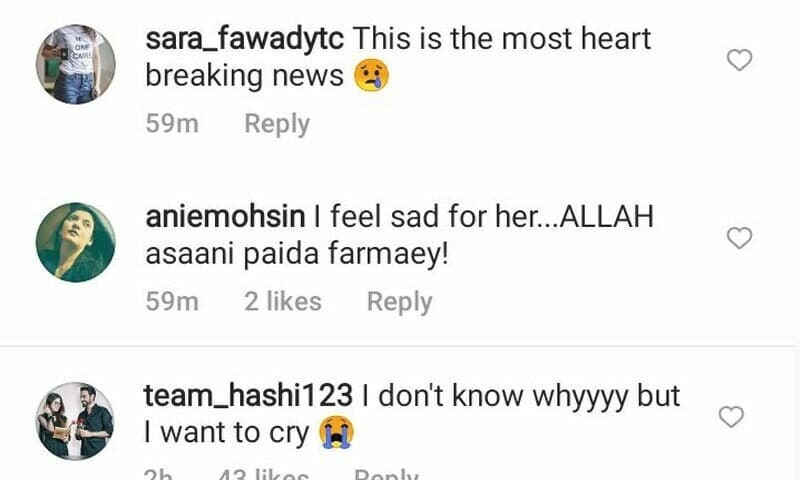 Two Pakistani Girls have been Arrested in Saudi Arabia

Related Posts
Khyber Pakhtunkhwa: 2 constable martyred in attack on police station
The court confiscated Mullah Mansoor's properties for auction
Two people, including an imam, were killed in an explosion at a mosque in Kabul Green Zone
Kashmir Solidarity Day is being celebrated all over the world today
The White House fears the truth, Speaker Nancy Pelosi said
Contract in Ministry of Education, PTV for 'Tele School' channel
The realme Azaadi Sale 2021 is Live with up to 30% Off on Daraz
The United States will send 15 trade delegations