US President Donald Trump on February 24 arrived at Ahmedabad airport in the state of Gujarat, where Prime Minister Narendra Modi welcomed him.

While this is Donald Trump's first visit to India, he also becomes the first US president to visit the state of Gujarat.

The state is the hometown of Gujarat Prime Minister Narendra Modi and Donald Trump will also inaugurate the world's largest cricket stadium. 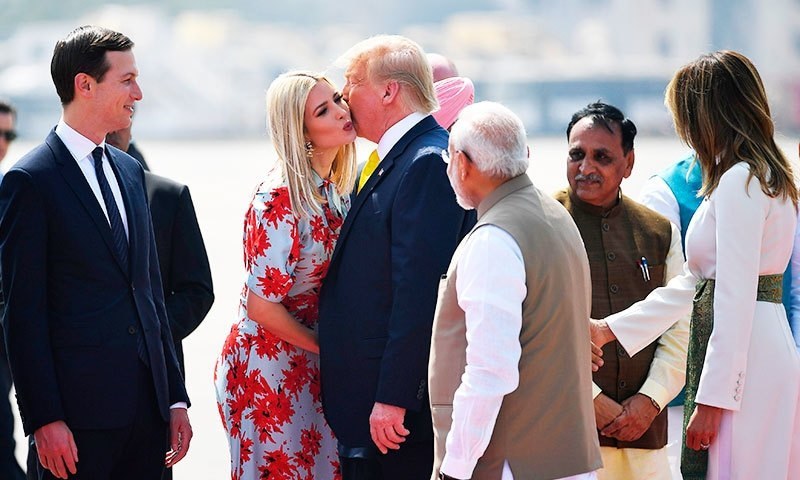 Donald Trump will also address a crowd of 100,000 in the same stadium, the ceremony being held in the stadium has been called 'Namaste Trump'.

According to news agency AFP, Donald Trump along with his wife Melania Trump, Sahibzadi and son-in-law arrived at Sardar Patel Airport where the Indian Prime Minister himself received them and hugged them. 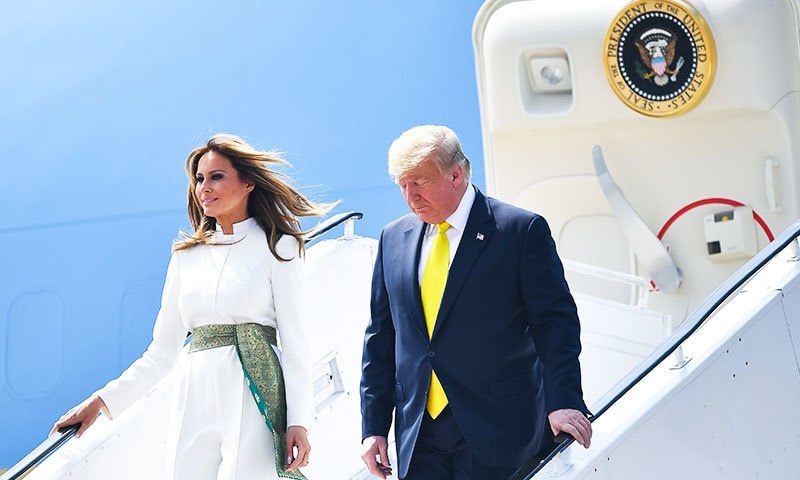 Donald Trump arrives in India on the morning of February 24 - Photo: AFP
The two leaders arrived at the historic Taj Mahal after the airport. On this occasion, other animals, including dogs wandering the streets around the Taj Mahal, were removed while strict security arrangements were made.

During Donald Trump's first visit to India, 14,000 security personnel have been deployed in Ahmedabad, while special cleansing has been done wherever the US President will go. 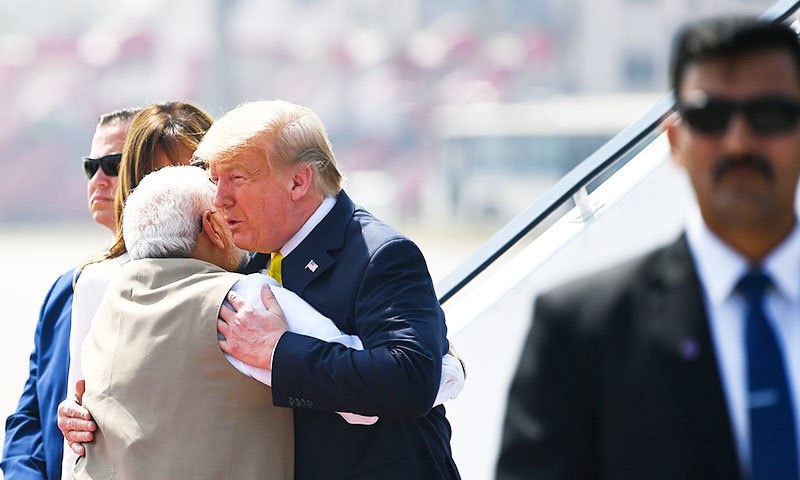 Indian Prime Minister welcomes US President, picks him up - Photo: AFP
Kuchi populations were already evacuated along the paths of Donald Trump's visit, with banners issued every 10 meters to commemorate the visit of the US president.

Read more: Donald Trump calls for reducing Pak-India tension during India visit
During his first visit to India, Donald Trump will discuss a number of important issues, including enhancing trade between the United States and India. 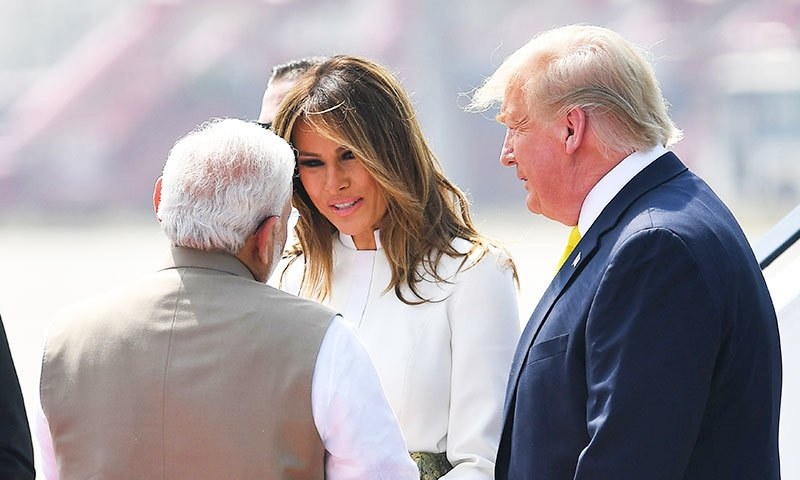 Indian Prime Minister hands over US First Lady - Photo: AFP
There are reports that during Donald Trump's visit, India will once again offer mediation to resolve the Kashmir issue with India.

Apart from this, Prime Minister Narendra Modi will also take up the issue of giving the veteran Indian job opportunities in the US to the US President. 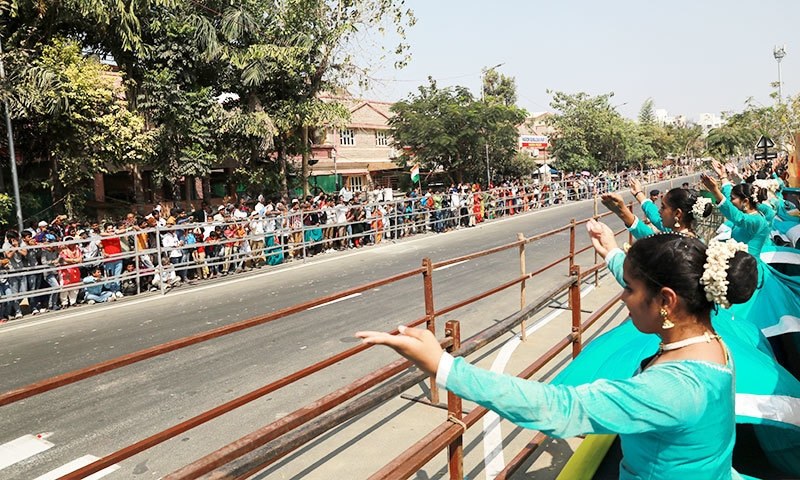 Special arrangements were made to commemorate Donald Trump's visit - Photo: Reuters
During the two-day visit, President Trump will also meet several political, social and showbiz personalities and during this time the US President will also speak to the Indian government on controversial citizenship laws and issues such as not granting religious freedom to minorities. 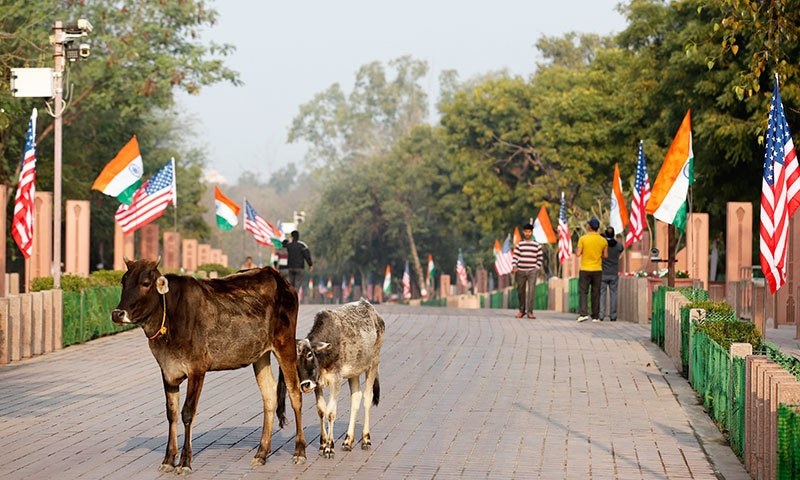 Humans and other animals removed from US President's Travel Routes, but cows were freed — Photo: AFP...

Tired of not falling asleep?

Related Posts
Mubashir Luqman filed a petition against Fawad Chaudhry
Guide touch screens installed in the sacred mosque have been shut down
Junaid Jamshed Life Journey From 'Dil Dil Pakistan' to 'Mera Dil Badal De'
India's ballistic missile defence system detrimental to region stability
The US and Canada funded the laboratory that possibly made Corona, Report
Every Pakistani stuck in Wuhan should be given special care : PM
Mother says she did not want to give birth to me, Fatima Sohail
Nawaz Sharif or Bonds