Chief Justice Gulzar Ahmed has clarified with regard to pollution in Islamabad that crushing on Margalla hills cannot be allowed.

The Chief Justice said that crushing on the hills of Margalla could not be allowed, if you look at the mountains from the motorway, the whole mountain is cut off.

"Now there is a small mountain left and we have saved it. There can be no mining within the federal boundaries (ICT) and the area is hundreds of kilometers long," he said.

The Chief Justice, in his remarks, said that these boundaries extend to Abbottabad. 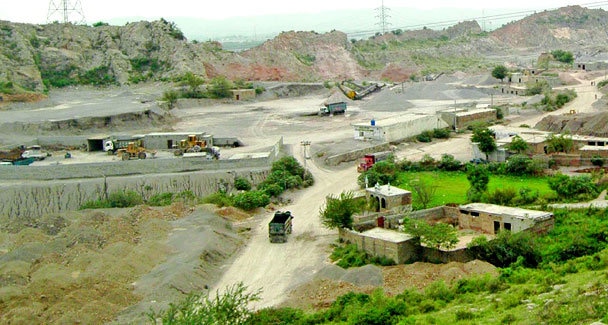 On this occasion, the President of the Supreme Court Bar, Syed Qalb e Hassan, appealed to the court to look into my application and record.

He said that the survey of Pakistan has pointed out that these plants are located at a distance of 1000 meters after the buffer zone.

The Chief Justice said that we have the entire record and we will not allow vandalism in the Margalla Hills.

Justice Ejaz-ul-Haq said that the purpose of the National Park is to protect forests and wildlife and the mountain cannot be affected as far as ICT is concerned.

"These mountains are a national asset, we will not allow them to deteriorate," he said.

Chief Justice Gulzar Ahmed said that prostitutes of the country should also take a crash from the area but they will not allow it from here.

President Supreme Court Bar Syed Qalb e Hassan said that a petition has also been filed by Makhdoom Ali Khan in a case but today he had to return to Karachi due to emergency.

He directed the court to adjourn the case today.

2020 will be the year of paying jobs in Pakistan